Don’t judge Zorin by its trendy, minimalist style: this Ubuntu-based distro is anything but lightweight 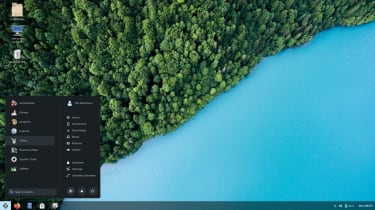 Zorin OS is another of the many flavours of Linux based on Ubuntu. However, one of its key marketing points is its resemblance to Windows – in looks as much as anything else – and the comparison is valid; you’ll quickly feel at home if you’re switching from Windows 7. Particularly neat is the way it handles the windows of apps that stay resident when closed (Slack, for example), dropping active menus to the right of the taskbar for quickly reopening them or skipping straight to specific windows or features. Mount a few shares, and they will appear here, too, where clicking the eject button lets you skip to the one you need.

Installation was a cinch, but again we encountered problems with Wi-Fi (initially, there wasn’t any), and a touchpad that stopped working when waking from sleep. We can’t hold either against Zorin, as we had the same problems to varying degrees with every distribution, fixing the former by installing updates after connecting via an iPhone, and the latter with a script.

Builds are based on Ubuntu’s LTS releases and provide access to both Ubuntu and Zorin repositories. However, if you click download at zorinos.com you’ll be asked to cough up €39, plus VAT. That’s because the default download is Zorin Ultimate, which bundles games, support, a range of business apps and a macOS-style desktop. If you don’t need any of these, click through to Core, which is free. It’s also what we tested (build 15.1).

LibreOffice is preinstalled, alongside a calendar, file manager, media player and GIMP. There’s a handful of utilities, Firefox as the default web browser, and Evolution handling mail.

There’s also a tidy app store, visually reminiscent of the one in Mint, and you have a choice of package managers, including apt, for installing, updating and removing software through the terminal.

If you’ve installed Zorin OS Ultimate, the default bundle also includes HomeBank for managing your finances, Inkscape (vector graphics), Audacity, Kendive video editor, Mixxx DJ software and Xournal, all of which are available – gratis – through the software store if you’ve downloaded the free Zorin OS Core. Unless you want to contribute to the distro’s development by paying for your download, therefore, the most compelling reason to opt for Ultimate rather than Core is the bundled support. 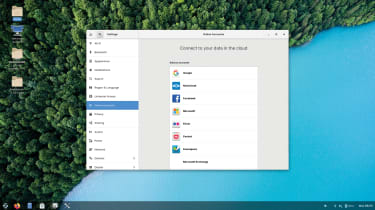 You won’t get lost in Zorin. Alt+Tab cycles through running apps, the application menu is logically arranged and searchable, and its settings are easily navigated. Pressing the Windows key arranges your running apps in a multitasking view. Typing at this point neatly switches to full-screen search with live results, which is an excellent way to surface content within your files, apps, and even live information, such as the time in matching cities (type “libre”, for example, and you not only get your LibreOffice documents and direct links to the apps that edit them, but also the current time in Libreville, the capital of Gabon).

The default theme is clean, muted and logical, easily tweaked if it doesn’t suit, and easily ignored, keeping out of the way when you’re working. Less easy to ignore was the frequent spinning of our laptop’s fans.

However, we didn’t experience any lag in general office tasks, which was our main use case for each of the distros on test, and its performance was broadly in line with vanilla Ubuntu when subjected to Geekbench 5. Its single-core performance turned in an aggregate score of 1,034, climbing to 1,682 in the multicore test; almost identical to Ubuntu’s 1,044 and 1,645. Mint, which is also Ubuntu-based, turned in a multicore score of 2,099.

If you’re rolling out Zorin across a business, school (for which there’s a dedicated Education build with classroom management and control built in), or any other organisation where users won’t necessarily have full control of their own machine, the forthcoming Zorin Grid centralises management of multiple desktops. Once available, admins will be able to push updates to every machine in their fleet, track inventory, install and remove apps and change users’ desktop settings. Grid will initially run from the cloud, but work is ongoing on a locally hosted version to follow.

There’s a beautiful simplicity to Zorin. It’s uncluttered and you could be convinced you were running a test build of a lightweight Windows. If design is your thing, check it out alongside Elementary before making your final choice.