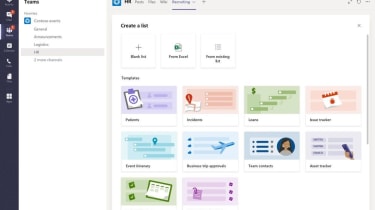 Microsoft has announced it’s created a new list-making app for businesses using its Microsoft 365 services. Not to be confused with Microsoft’s To Do tool, Lists builds on the “the foundational innovation of SharePoint lists” and will integrate with Microsoft Teams, SharePoint and Outlook. Expected to launch this summer, Microsoft also has a Lists mobile app slated to launch later in 2020.

Microsoft describes Lists as a tool designed to “track issues, assets, routines, contacts, inventory and more using customizable views and smart rules and alerts to keep everyone in sync.” Based on what the company has shared thus far, Lists will also feature various premade templates related to team contacts, event itineraries, business travel and onboarding checklists.

With three main views for lists, including grid, gallery and calendar views, Lists appears to be a highly flexible tool. While the primary grid view includes rows and columns the user can configure and reorder, Lists’ gallery view can be used for lists with images. Meanwhile, Lists’ calendar view makes it the ideal choice when configuring lists with dates.

Another major feature touted in Microsoft Lists is the tool’s ability to create if/then-style rules. “Once you decide on the outcome, click through if/then steps to evolve your rules,” Microsoft explained in its announcement. “Choose people, status, and value changes to send notifications or programmatically update values elsewhere in the list. Finally, use rules to set reminders to keep you and your team informed.”

While Microsoft has yet to unleash Lists in full, the company hinted there will be more details available when Lists officially rolls out this summer.