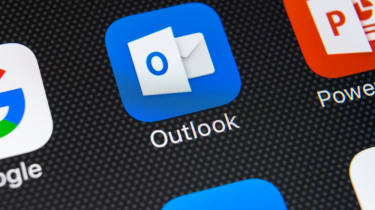 Microsoft has suffered a second global outage within a week, with users being unable to access their Outlook accounts, the tech giant has confirmed.

The reports come just days after the company said it had fixed a global outage that affected its Microsoft 365 platform. Microsoft services including Azure, Outlook, Office, Power Platform, Dynamics365, and Microsoft Teams were down for around five hours on Monday.

This latest outage began at around 2am ET, with Microsoft initially suggesting the issue was only affecting users based in India, according to a status update on Twitter. However, customers from around the world soon replied that they were also experiencing problems.

"We've collected additional data from the affected infrastructures to determine impact to our Exchange online protocols," the tech giant tweeted. "Additionally, we've identified this issue to be affecting users worldwide. Further details can be found in your admin center under EX223208."

We’ve collected additional data from the affected infrastructures to determine impact to our Exchange online protocols. Additionally, we’ve identified this issue to be affecting users worldwide. Further details can be found in your admin center under EX223208.

Microsoft has said that a recent configuration update to components that route user requests was the cause of the outage. It has now "reverted" this update and will continue to monitor the service for signs of recovery.

The company's outage on Monday was also blamed on unexpected errors relating to a recent update, although reverting this update did not immediately solve the problem.

"Rolling back the previously described change did not resolve the incident as expected," Microsoft said on its Office status page. "We're evaluating additional options to remediate the problem."

For Wednesday's outage, the rollback has "mitigated impact" for affected features in SharePoint and Teams, Microsoft tweeted. It also said that the majority of users were "seeing recovery".