The integration allows enterprise users to run full-featured Windows apps on their devices, as well as share files and documents 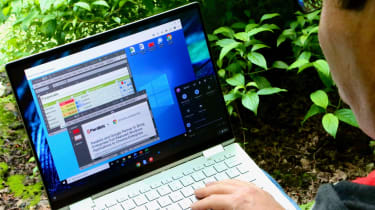 Parallels Desktop for Chromebook Enterprise is the culmination of a partnership between the firm and Google, and allows users to access full-featured Windows apps, including Microsoft Office, on their Chromebooks without necessarily needing a stable internet connection.

The system is integrated with Chrome OS and the Google Admin console - and doesn’t require virtual desktop infrastructure to run or deploy, meaning IT administrators can set up parallel desktops on devices at relative ease. This builds on a recent partnership struck in June which allowed Windows applications to run natively on budget-friendly Chromebooks.

“Chrome OS is increasingly being chosen by modern enterprises, either for remote work, hybrid, or in the office,” said Google’s vice president of Chrome OS, John Solomon.

“We are thrilled to partner with Parallels to bring legacy and full-featured Windows applications support, through Parallels Desktop for Chromebook Enterprise, to help businesses easily transition to cloud-first devices and workflows.”

The platform will allow enterprise users to run multiple operating systems on their Chromebook devices simultaneously, with the company hoping it allows workers to raise their productivity.

A number of features allow cross-talk between Windows 10 and Chrome OS, for example, copy-and-pasting text and graphics between the two operating systems, or printing from Windows apps via shared Chrome OS printers. Sharing features also extend to user profiles and custom folders, with documents and data seamlessly accessible by both platforms.

Windows 10 can also be used in full-screen mode on the Chromebook, or the operating system can be put on a separate Chrome OS virtual desktop, with users able to switch between the two with just a swipe.

The machines themselves require at least an Intel Core i5 or i7 processor, 16GB RAM, and storage capacity of at least 128GB SSD.