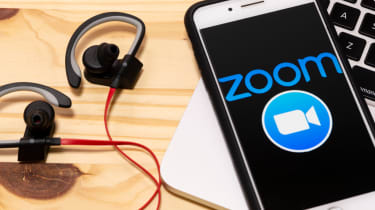 The video conferencing platform Zoom is sending iOS users’ analytics data to Facebook without explicit consent, even if users don’t have an account with the social networking giant.

The popularity of the online communications software has exploded in the last few weeks as more and more workers and individuals adjust to remote working and life in self-isolation, and search for ways to stay in touch.

Zoom is transferring some user data to Facebook through one of the social media platform’s software development kits (SDKs), however, according to an analysis by Motherboard. Zoom users may not be aware this is happening, however.

The conferencing app connects to Facebook’s Graph application programming interface (API) after downloading and opening the app. This API is the main route through which developers can send and receive data to and from Facebook.

According to the analysis, Zoom notifies Facebook when an iOS user opens the app, and then provides details on the user’s device, including the model, as well as their time zone, and city they’re connecting from.

Zoom also sends Facebook information about their mobile network operator, and the unique advertiser identifier created by the device, which is primarily how companies target users with adverts.

The sharp rise of Zoom’s popularity has thrown the spotlight onto the service more so than usual, and the potential security and privacy implications of using the platform. Many of the scores of people joining the video conferencing platform may be unaware their privacy is being undermined in such a way.

To underline how popular the service has become, Prime Minister Boris Johnson held a cabinet meeting over Zoom this week. This was extraordinary for the fact the Ministry of Defence (MoD) had banned its workers from using Zoom due to a need to investigate the “security implications” of the software.

The company’s privacy policy suggests some third-party advertising partners automatically collect some information about users when they use the platform, although Zoom does not mention Facebook as being one of these partners explicitly.

Google Ads and Google Analytics are listed as examples of the type of third-party services with which Zoom may share user data.

IT Pro approached Zoom and Facebook for comment but neither company responded at the time of writing.