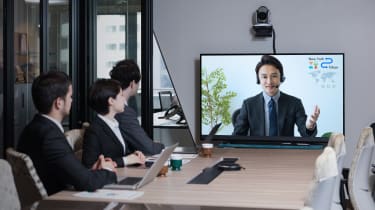 Senator Edward J. Markey (D-Mass), a member of the Commerce, Science, and Transportation Committee, has sent a letter to the Federal Trade Commission (FTC) urging the group to provide guidance for video-conferencing software makers to follow when building their platforms.

Throughout the spread of coronavirus, millions of Americans have begun using teleconference software. While Zoom had approximately 10 million users this past December, that number surged to nearly 200 million daily users in March. Zoom isn’t the only platform experiencing this surge either. Recognizing this, along with the many security issues platforms such as Zoom have faced over the last few weeks, Senator Markey now demands action from the FTC.

“These cybersecurity and privacy concerns are an important and time-sensitive issue, as millions of Americans now depend on online conferencing software for communication during this public health crisis,” Senator Markey shared in the letter.

“The FTC should act as quickly as possible to guide companies and educate the public on how best to mitigate the risks that come with using online conferencing technology.”

According to Senator Markey, the FTC should direct tech companies to implement safeguards against unauthorized access to meetings while also enacting limits on data collection and recording. Additional guidelines suggested in the letter include employing encryption and other security protocols to secure consumer data and provide users with clear privacy policies.

Senator Markey continued in the letter that guidance for consumers should address concepts such as how to identify and prevent cyber threats, along with best practices as they relate to sharing links to online meetings without comprising security. Senator Markey also notes users should be made aware of how different versions of a company's service might provide varying levels of privacy protection and security.

Besides asking the FTC to issue guidance on this matter, the Massachusetts-based senator has also joined Richard Blumenthal (D-Conn), Sherrod Brown (D-Ohio) and Michael Bennet (D-Colo) in urging the FTC to investigate Zoom for its own privacy and security missteps.