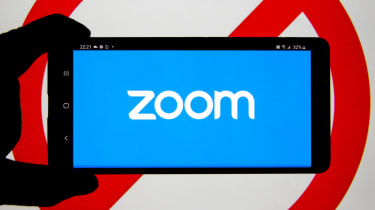 NHS staff gave been advised not to use Zoom for virtual appointments due to the mounting number of security concerns surrounding the video conferencing tool.

A report in The Telegraph reveals that the NHS trusts responsible for more than 3 million patients and 12,000 employees are advising doctors and nurses to avoid using Zoom to communicate with patients.

Instead, staff are being urged to use approved alternatives. Central London Community Healthcare NHS Trust is using BlueJeans software, according to the report, while London Northwest University trust, which is responsible for four hospitals and several clinics, said staff were using a bespoke Attend Anywhere video conferencing system.

“In light of alternative, secure tools being available to our staff, Central London Community Healthcare NHS Trust is not recommending the use of Zoom for patient video appointments,” a spokesman said. “This is in line with recently published guidance from the Information Commissioner’s Office and NHSX.

"The security of patient information and our responsibilities as a Data Controller are of paramount importance to the Trust, and we continue to review national guidance on this matter.”

A number NHS trusts are using Microsoft Teams, according to The Telegraph, with the software giant offering six months of free access for healthcare services during the pandemic

IT Pro reached out to NHSX, the digital transformation arm of the NHS, for comment, but had not received a response at the time of publication.

NHS staff are not the only employees being urged to ditch Zoom in favour of a more secure alternative. A host of organisations including Google and SpaceX have banned use of the platform due to a number of security issues, namely 'Zoom-bombing' attacks and, until today, a lack of end-to-end encryption.

In response to criticism about the service's lack of encryption, the company has announced Zoom 5.0, which implements the 256-bit AES-GCM encryption standard to give users some reassurance that their data is protected from cyber criminals.

Zoom, which has seen its user base surge from 10 million to 200 million in light of the coronavirus pandemic, has also rolled out Control Data Routing, which allows account administrators to choose which data centre regions they use for real-time traffic.