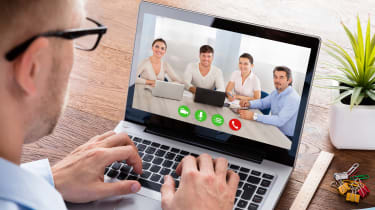 Video conferencing service StarLeaf saw daily call minutes in the UK increase by 947% between the beginning of January and the end of April, fuelled by the rise in employees working from home during the coronavirus lockdown.

The company first experienced a significant spike in usage following the government’s initial recommendation for employees to work from home on 16 March, and observed an additional increase around 23 March, when the nationwide lockdown was announced.

By the end of the week all schools had also closed, driving a further increase in recorded call minutes.

StarLeaf observed the largest increase in call volumes in major cities such as Manchester (over 3,000 per cent), Birmingham (over 2,500 per cent) and Bristol (just over 2,000 per cent).

StarLeaf CEO Mark Richer believes that this new way of working will continue long after the pandemic is over.

“The idea of commuting back into busy hubs such as London will be a daunting prospect for many employees. Employers will need to be sensitive to this issue and offer greater flexibility to those who feel they need it,” he said.

“We are also likely to see a change in attitudes towards areas such as recruitment. Historically, the ability to employ the best people is restricted by geographical location.

"With more remote and flexible working practices, organisations will be able to think more broadly about who they employ and not be restricted by where that person is based.”

The company also reported that it had prepared for the expected surge in usage weeks before the UK lockdown. In early March, StarLeaf started working on increasing its data capacity across Europe and brought six new "super" data centres online.

Due to the medical significance of the crisis, the company also increased capacity in its dedicated NHS data centre in order to prioritise service continuity during the pandemic.

Not everyone was as prepared. On 16 March, the first Monday of remote working for many companies, Microsoft Teams went down across Europe for two hours, causing mass frustration for the many remote workers now increasingly dependent on the service.