Zoom clamps down on hackers with latest security update

The new measures are to be implemented later this week 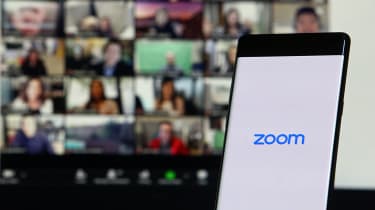 Zoom will implement new security measures for its free users in response to a growing number of ‘Zoom-bombing’ incidents.

The company said on Wednesday it will be updating default password settings for all account types and it will also require that users set passwords for meetings and webinars, including events which were scheduled before 9 May, when the new measures are set to be implemented.

Zoom will also make its Waiting Room feature enabled by default for the Personal Meeting ID for all account types.

In a move which is likely a response to the numerous ‘Zoom-bombing’ incidents, where hackers crash a meeting to share offensive content, the company also announced that their Screen sharing feature will be limited to the host exclusively. With this, even if hackers manage to join a video conference, they will not be able to show other users offensive content from their screens.

While all free/basic accounts will see the changes implemented this week, Pro, API, Business, Education, and Enterprise accounts will receive the update on 30 May.

Zoom also announced on Wednesday the appointment of a new independent director on Zoom’s Board of Directors, the role being given to former US National Security Advisor Lieutenant General Herbert Raymond “H.R.” McMaster. The company also chose Jonathan “Josh” Kallmer to take over as the head of Global Public Policy and Government Relations, starting 26 May.