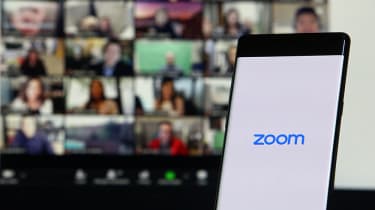 Thousands of people began reporting issues from approximately 9 am yesterday, according to the web monitoring service DownDetector, with the company confirming the platform had sustained issues later in the afternoon.

Zoom confirmed at approximately 3 pm that a portion of its users affected by the issues were unable to host or join meetings and that it was investigating the matter. The outage also hit the Q&A portion of the government’s daily coronavirus press conference, hosted at Downing Street, with journalists unable to field their questions due to the technical difficulties.

“I think people watching will, I’m quite sure, be aware that Zoom users are encountering some issues at the moment,” said business secretary Alok Sharma, who was standing in for the prime minister.

“And so, unfortunately, we won’t be able to get any journalists live on-screen. Instead, I’ll be reading out their questions which have been sent in.”

The company issued an update at around 5 pm suggesting the issue had been resolved, with users now able to host, join and participate in Zoom Meetings and Zoom Video Webinars. DownDetector, however, suggests a small number of users were experiencing problems into the evening, and beyond.

“Zoom users impacted by an issue hosting and joining Zoom Meetings and Zoom Video Webinars should now be able to host, join, and participate in these sessions," a Zoom spokesperson told IT Pro.

"We are continuing to assess this matter that impacted a subset of our users and will monitor to ensure no further operational impact. We sincerely apologize for any inconvenience this might have caused.”

The video conferencing service has, in a short space of time, become integral to the functioning of many organisations, including arms of the UK government. Even the House of Commons has resumed its function as best it can while observing social distancing rules courtesy of services provided by Zoom.

Therefore, such service disruption, if sustained during working hours and over a far longer time period, could, in turn, affect the day-to-day operations of countless businesses.

The company’s meteoric surge in usage - with more than 100 million users added in a matter of weeks - has been accompanied with a much stronger spotlight thrown onto its relatively lax security and privacy policies. Zoom has consciously been addressing these issues in recent weeks as part of a 90-day security plan, however.

The latest update, for example, added 256-bit encryption among stronger host controls to prevent incidents such as ‘Zoom-bombing’.