Ofcom report finds the number of Brits using the platform increased from 659,000 in January to 13 million in April 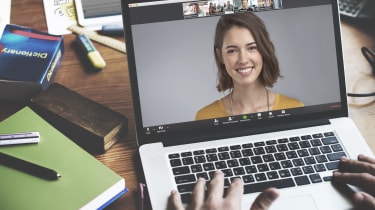 Ofcom has revealed that the number of Brits using video conferencing platform Zoom increased 20-fold during the pandemic.

In a new report detailing the habits of the UK’s internet users, the communications regulator revealed that the number of UK citizens using Zoom skyrocketed from 659,000 in January to 13 million in April.

According to the Online Nation: 2020 report, 35% of UK internet users made at least one video call weekly in the 12 months to February 2020, However, that number more than doubled to 71% in May, with 38% of Brits using video conferencing platforms such as Zoom at least daily.

The report also found that 7% of adult users started communicating via video calls for the first time as a result of the coronavirus pandemic. Other methods of communication adopted by Brits during lockdown were online text messages (73%), online voice calls (54%), and emails (55%).

Ofcom also found that the amount of time spent online each day increased from three-and-a-half hours in September 2019 to an average of four hours during April.

According to Yih-Choung Teh, Ofcom’s director of Strategy and Research, the “lockdown may leave a lasting digital legacy”.

“The coronavirus has radically changed the way we live, work and communicate online, with millions of people using online video services for the first time,” he said.

“As the way we communicate evolves and people broaden their online horizons, our role is to help ensure that people have a positive experience, and that they’re safe and protected.”

In late April, Zoom reported that the number of its daily meeting participants soared from 10 million back in December 2019 to 300 million in April.

However, the platform’s rise to fame was also marred by controversy. At the end of the UK’s first month in lockdown, the FBI warned individuals and businesses moving to flexible working patterns that hackers are disrupting video conferences with threatening language, hate speech and pornographic images.

The practice, nicknamed ‘Zoom-bombing’, sent the company’s stocks plummeting and, in some cases, made other organisations ban its employees from using it.