Zoom will suspend direct sales to customers in mainland China 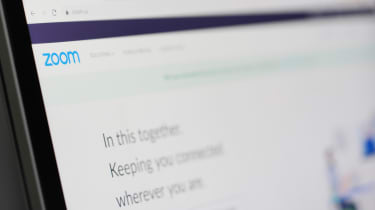 Zoom will suspend direct sales of its video conferencing products in mainland China, opting to only offer its technology through third-party partners.

The change to Zoom’s sales policy, which is scheduled to come into force on 23 August, comes after US lawmakers raised questions about the company’s ties to the Chinese government, following its decision to suspend the accounts of several Chinese activists in June.

The company announced the decision on its Chinese website and issued the following statement: “Our go-to-market model in Mainland China has included direct sales, online subscription, and sales through partners. We are now shifting to a partner-only model with Zoom technology embedded in partner offerings, which will provide better local support to users in Mainland China.”

Zoom’s services will now be embedded in offerings from its Chinese partners such as Bizconf Communications, Suirui Zhumu Video Conference, and Systec Umeet. Despite the change, users in mainland China will reportedly still be able to join regular Zoom meetings as participants.

The decision is likely to be linked to Zoom’s efforts to avoid facing the same scrutiny as video-sharing social networking service TikTok, owned by the Beijing-based ByteDance. The US government has been exploring the option of banning the service and this could extend to other tech services in any way affiliated with China.

In May, Zoom decided to limit new registrations in China to enterprise users who sign up for the teleconferencing service through an authorised sales representative.

Zoom’s founder and CEO Eric Yuan moved to the US from China in 1997, becoming a US citizen in 2007. Zoom is headquartered and founded in San Jose, California, but a significant portion of its development team is based in China.

Nevertheless, the company has recently shifted its focus from China to India. Last week, it announced that it is recruiting DevOps engineers and IT, Security, and Business Operations personnel for a new technology centre in Bangalore.