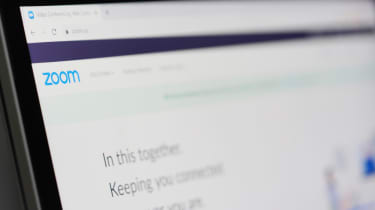 Shares in the firm rose as much as 25% in extended trading after beating analyst expectations for the three months ending 31 July.

For the first quarter of 2020, just as the pandemic started to spread, Zoom reported revenue growth of 169%. New customer subscriptions brought in 81% of that growth, according to financial chief Kelly Stechleberg.

In the following three months, however, Q2 revenue is more than double Q1 at £663.5 million, growing 355% compared to the same period in 2019. As such, the company has raised its full-year guidance.

Zoom is arguably one of the biggest beneficiaries of the global lockdown, capitalising on the sudden need to communicate remotely with work, friends and family. The firm averaged 148.4 million monthly active users in the second quarter, an increase of 4,700% year on year, according to CNBC.

At the same time, the firm was also hit by criticism regarding its security capabilities. A number of high-profile organisations, including the FBI, Google, and even the country of Taiwan, banned its use after multiple reports pointed to a lack of end-to-end encryption. There was also the rise of so-called Zoom bombing where third-parties could hack into meetings by accessing the ID number.

The company has sought to fix these issues by recruiting security experts and tweaking its platform in various ways, but it looks to have avoided any real damage to its reputation. Zoom's income neared $186 million, up from a mere $5.5 million a year ago.

However, the company's gross profit of 71% is still under the 80% range the firm operated at before free users adopted the service at the start of the pandemic.

On a conference call with investors, Steckelberg said the company's gross profits will remain in the same range as the fiscal second quarter for the rest of the fiscal year. She also added the company was experiencing slightly higher rates of customer cancellation than normal, but that these new rates had been factored into its forecast.