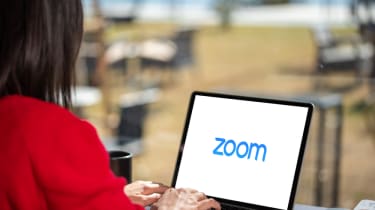 Zoom is reportedly working on a major update to the messaging functionality of its video conferencing platform to build a more 'Slack-like' service.

The company has hired a "significant number of engineers" to move its basic text interface to a more advanced setup, according to The Information.

Zoom is actually a partner of Slack and both services offer similar products, though each specialises in different segments. Slack is mostly a chat-based platform - though it does have low key video comm services, while Zoom is a rapidly growing video conferencing platform.

A lot of companies, particularly in the startup space, use both in tandem.

However, as standalone services, both are rivals of Microsoft Teams which has both video conferencing and instant messaging capabilities. Slack has been heavily critical of Teams, calling it a "weak copycat product" when filling an antitrust complaint. Zoom, however, hasn't voiced any concerns over Microsoft's rival product - despite Microsoft reportedly labelling the firms as a "threat".

All three services have seen gains during the pandemic, particularly Zoom, with its revenue shooting up 355% year on year. Teams reportedly surpassed 44 million daily active users at the very start of lockdown, but Slack CEO Stewart Butterfield argued that the figure was inflated by the fact Teams was bundled into Office 365, suggesting it was anti-competitive.

Slack's own revenue has seen a sharp decline with growth falling 32% compared to the 49% recorded in Q1.

The general consensus seems to be that Slack is falling behind Teams, and unless its antitrust complaint is successful, its growth could be hampered. The company recently launched a service for adding external organisation to channels, called 'Slack Connect', which is seen as a big play to kill off email.

The current chat capabilities on Zoom already resembles Teams, though it doesn't have 'channels' and seems more like a rudimentary instant messaging service. It does, however, sync with Google services. 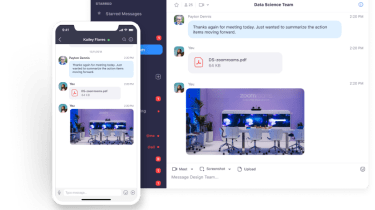