How to pick the perfect SSD for your needs and budget

Not all SSDs are created equal. If you’re choosing which drive to buy, there are several key points to consider 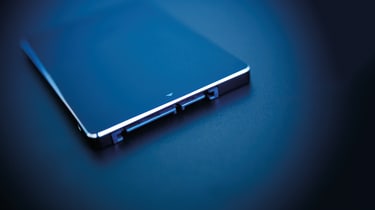 How many gigabytes do you need?

Not many years ago, SSDs typically came in tiny capacities; today, you can buy drives in sizes up to 4TB. That's largely thanks to the advent of 3D NAND technology, which stacks memory cells on top of each other, making it possible to squeeze huge capacities into small chips.

Even so, solid-state drives are still much more expensive than their mechanical counterparts. If you're replacing a 1TB hard drive, you can save a worthwhile amount of money by downsizing to a 512GB SSD, or even a 256GB one. Avoid 128GB if you can.

You'll notice, incidentally, that SSD capacities don't always come in neat powers of two. For example, if you're looking for a half-terabyte drive, you might see drives advertising only 480GB or 500GB of space. Internally, these drives normally do contain 512GB of flash memory, but some cells are set aside for "overprovisioning". They can then be cycled into service as older cells wear out. Some drives come with software that lets you adjust how much space is set aside for overprovisioning. 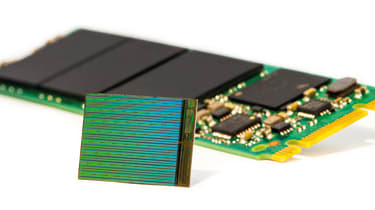 SSDs don't need defragmenting. Indeed, disk optimisation tools can shorten the life of a solid-state drive, by subjecting it to large numbers of unnecessary write operations.

That cells wear out is an inherent limitation of the technology, but it isn't as disastrous as it might sound. The drive's on-board controller hardware keeps track of the state of the drive, and will warn you when its demise is imminent so you can copy off your data before it's too late.

The good news is, unless you're using it continuously for heavy database operations, your SSD will almost certainly outlast the computer it's installed in. The physical properties of flash memory cells are well understood, so manufacturers can confidently estimate the total amount of data that can be written to a drive before it's likely to fail - a statistic known as "write tolerance". A typical drive might offer a tolerance of 200TBW (terabytes written), meaning you could write 50GB to the drive every day for ten years without hitting the advertised limit.

The other measure of endurance is MTTF, or "mean time to failure" - an engineering prediction of how many hours the drive will work for before giving up the ghost. Most drives promise at least 1.5 million hours, which is equivalent to 171 years. In other words, it's another thing you probably don't need to worry too much about.

Some SSDs come with built-in hardware encryption. This is a great feature to have - since the encryption handled by the drive's own controller, it ensures that absolutely everything you write to the drive is protected, and there's no performance hit.

However, encryption isn't enabled by default. Or, to be strictly accurate, by default files are encrypted as they're written to disk, then automatically decrypted again as you access them - so it's as if you had no protection at all. If someone else hops onto your PC or steals your laptop, your files will be wide open.

To make your drive's encryption feature useful, you need to set up authentication on your PC. There are various ways to do this: if your drive is compliant with the Opal 2 standard then your BIOS may allow you to create a password for it. Once you've done this, you'll need to provide the password in order to boot from the disk; without it, the drive is completely inaccessible, even if it's removed and hooked up to another PC.

If you're running a "Professional" edition of Windows then you can alternatively use the built-in BitLocker encryption system: as long as your SSD supports Microsoft's eDrive standard, BitLocker will use its built-in encryption for maximum security and performance.

Like the SLC versus MLC debate, TRIM used to be a hot topic in the world of SSDs. To understand why, it's necessary to know a little bit about how SSDs write to their flash memory cells. For technical reasons, it's not possible to update a single cell in isolation; the controller has to rewrite the entire virtual data block containing the cell. The more data that happens to be stored in that block, the more there is to rewrite: in an extreme case, you could end up writing 512KB of data every time you wanted to update a single bit. As you can imagine, this has a pretty serious effect on performance.

TRIM is an operating system feature that tells the SSD which bits of data are no longer needed, so it doesn't bother rewriting them and thus keeps slowdown to a minimum. TRIM is incorporated into all recent releases of Windows, but it's not supported on Vista or older systems. If you're upgrading an ancient PC, you might need to use the manufacturer's own software to manually run TRIM from time to time, to ensure your SSD isn't being slowed down (and worn out) by continually rewriting junk.