The great IT graduate skills challenge

A good computing-based degree is no longer enough to bag a career in IT. JoVona Taylor finds out why... 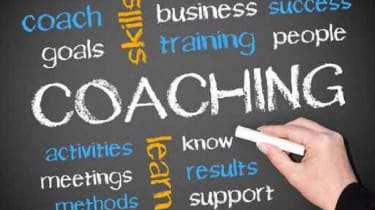 As well as graduate employment schemes, many organisations are teaming up with UK universities to help close the IT skills gap.

Top tips for graduate jobseekersFinding a full-time job in the IT industry can be difficult. Here, a few recent graduates share their top tips for employment success.

Samuel Vincent, a computer science graduate from Manchester Metropolitan University, said jobseekers should keep an open mind about the kind of work they are willing to do.

After graduating from university in July 2012, he started his job search by targeting graduate programmes offered by banks and financial institutions, but failed to secure an interview with any of them.

After widening his job search, he eventually found a permanent position with Thales Group.

Therefore, he advises graduates to use job sites like Monster, have an up-to-date LinkedIn profile and (warily) enlist the help of recruitment consultants.

"They make the job seem amazing, but often it isn't as good as they make it out to be, but they are helpful with interviews and I did get a few from that route," he said.

Rob Blythe, co-founder and director of graduate recruitment firm Instant Impact, said graduates should also consider applying for IT jobs at smaller firms, as they are likely to progress faster, and be given more independence from the get go.

"Graduates coming out of university can potentially think about how they can build their skill sets so that they can take on a CTO- level role relatively quickly after they graduate," he added.

Ben Zielinski, a computer network management graduate who now works as an IT systems and applications manager at SilverDoor serviced apartments, said university leavers should also be prepared to do a lot of on-the-job training once they're working in the field.

"After university, you won't really have the knowledge of all the technologies that are used at work, so you have to do your homework and find out how all the systems work," he said.

For example, he advises graduates to join vendor certification programmes, from the likes of Microsoft and Cisco, to boost their employment appeal.

They'll also need to bear in mind that finding work requires a lot of researching, interviews and disappointments, but they shouldn't let that put them off.

"Its time consuming and you get set backs, but it does pay off, you just need to keep searching," Vincent concluded.

"The challenge that IT graduates have is they need to differentiate themselves when leaving university," he said.

"From my perspective, I think it's critical that universities offer more courses with industrial placements, probably a four-year sandwich course rather than a traditional three-year course," he added.

Vincent said he participated in a work placement programme after his second year at university, which gave him the experience he needed to stand out in the IT jobs market, as well as highly prized communication skills.

"A lot of that stuff comes up at interviews... and it really improves your ability to get the job if you've got good communication skills," he said.

When recruiting graduates for Xceed, Russon said he bases his decisions on their attitude and communication skills.

"The things that stand out [during the recruitment process] are the people who are persistent and proactive," he said

"The ones that stand out are the ones that phone up afterwards, that try and make personal contact, that are persistent and professional, and they regularly get to the top of the pile," he added.

Universities are also making an effort to include courses that teach IT students more transferable skills.

Prof Lycett said Brunel University is no different, as it recently began to include coursework that covers elements of communication, negotiation, persuasion and group working to bolster the transferable skill sets of their students.

"We've spent some time working with our curriculum to try and help students with those skills by getting them to work together in small groups, and having to produce projects in a way that wouldn't be dissimilar to them having to do that in industry," he said.

"New technologies are always coming to the market, and that's why there needs to be continuous dialogue between universities and businesses," he said.

"Certainly business and university should be talking to each other all the time to see what the businesses want, and then the universities can hopefully teach the young people the type of skills that the businesses require," he added.