When it comes to pay, project managers are IT's top dogs

Want to make it in the IT Crowd? Then you need to be a Jen, not Moss or Roy. 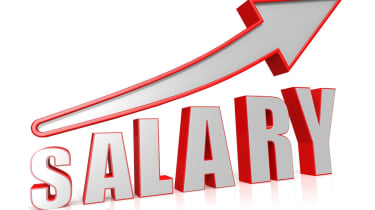 Inside the Enterprise: The shortage of skilled staff is an on-going problem for many IT departments, despite the economy's poor performance over the last few years. Companies lack coders, testers and engineers, as well as the senior staff needed to implement and manage projects.

But it is senior project managers who are most in demand: Jen, the IT Crowd's Relationship Manager - rather than the more technically adept Roy and Moss.

This is supported by two research reports, carried out by Pierre Audoin Consultants (PAC), into rates charged for application services and infrastructure services.

Over time, much of the impact of the cloud will be to automate a lot of services, and might even have a depressing effect on rates paid.

The firm studies rates charged by the large IT system integrators and professional services firms in the UK, France and Germany, and uses these to create benchmarks and a useful snapshot of the health of the industry.

The research, which is focused on the onshore IT services market, serves to give IT buyers a guide to the market rates for key IT skills, and their likely trend. And that trend is upwards.

PAC then further segmented the market by role across the two reports: desktop management, testing, infrastructure management, project management and IT consulting, software development and software implementation. Then, the firm looked at the findings by industry sector.

The applications services study found that although demand for IT services overall is improving, in UK contractor rates for both companies and freelancers are being held down by outsourcing and offshoring. When it comes to software services, these are being hampered by cloud-based alternatives such as SaaS. Daily rates for IT infrastructure expertise are under particular pressure.

At the same time, though, some skills do attract a premium. According to Brown, companies are turning to the cloud to cut IT costs, but they are also paying more for experts with cloud computing experience, as those consultants and contractors are in short supply.

"That will be a short-term impact," Brown says. "Over time, much of the impact of the cloud will be to automate a lot of services, and might even have a depressing effect on rates paid." Lower-level skills, such as IT testing, are most likely to be driven down by outsourcing, offshoring, and the cloud, despite the direct benefits those skills bring to business.

But, and perhaps as a result of the growing number of options companies have when it comes to sourcing IT, it is the senior consultants who attract the highest, average daily fees. More surprising though, says Brown, is that the highest day rates of all go to senior project managers, rather than to skilled coders or even, IT consultants.

Companies IT departments have seen a "hollowing out" of management layers over the last few years, especially as a result of outsourcing. But companies seem to be realising that they do need high-level co-ordination of their IT work, and someone who can act as a bridge between IT and the business. And luckily for the Jens of the world, they are willing to pay for it.

* Channel 4 will screen an IT Crowd night this coming October.