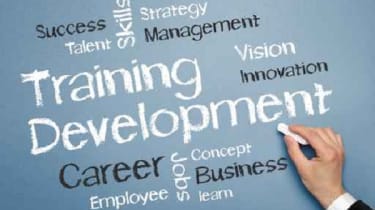 The Confederation of British Industry (CBI) is calling on the Government to make careers in science, technology, engineering, and maths (STEM) more attractive and affordable to students.

The business lobby wants the Government to encourage STEM careers by reducing tuition fees for associated courses. The CBI also wants new training routes introduced for existing workers, and a one-year crossover qualification to help students get into STEM fields.

The CBI argues that sectors such as advanced manufacturing, the creative industries and the green economy are facing a skills crunch and need more technicians with specialised STEM skills.

"Growth and jobs in the future will depend on the UK having a workforce that can exploit new technologies and discoveries," said CBI chief policy director Katja Hall. "The growing skills vacuum is threatening the recovery, as demand from firms is outstripping supply."

As well as the introduction of reduced tuition fees and one-year crossover courses, it is hoped further funding from the UK Commission for Employment and Skills could also help meet the need for more STEM workers.

"It is increasingly clear that the really problematic shortages are at the skilled technician level," Hall said. "We do have to play a long game on skills, creating more apprenticeships, but we also need policies for the short-term, including retraining existing workers with in-demand skills in key sectors."

Britain's manufacturers have made a strong recovery since the recession, with 37 per cent of firms reporting improved output. The Guardian reported they experienced their highest production levels in two years last August.

"There is a shameful gender gap in science and technology," Hall said.

"We need to transform society's ideas of the choices women have in their careers."

The percentage of women in tech fields has traditionally been low. The number of women IT professionals in the UK declined from 22 per cent in 2001 to 18 per cent in 2010.

The CBI has spoken out before about the need for "increased rigour in traditional core subjects such as maths, English, science and computer science."

In 2007, the group warned the government that the number of STEM graduates needed to more than double in order to meet demand from tech companies.

"If we don't step up to the plate then the companies which have helped build up the UK's science base will be faced with no alternative but to go overseas," said John Cridland, the deputy director-general of the CBI. "They are increasingly recruiting from abroad and the danger is they may relocate altogether."