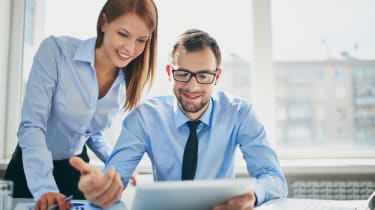 Apple has completely eliminated the gender pay gap within its workforce, the company claimed in its latest diversity report.

The figures, released this week, show Apple's diversity rates are slowly improving, with the global gender balance swinging towards women by two per cent over the last two years. However, 68 per cent of the company remains male, with this gap widening to 72 per cent at the leadership level.

In terms of new hires, 37 per cent globally are women, while 27 per cent are "underrepresented minorities", which Apple terms as "groups whose representation in tech has been historically low", including Black, Hispanic, and Native American people.

While Apple has been making progress towards gender equality within its workforce, it is doing less well in racial diversity. Despite making efforts to hire more minority employees, the company's ratio of white employees is at a three year high. 56 per cent of the company's US staff is white, up from 54 per cent in 2015.

"We're now analyzing the salaries, bonuses, and annual stock grants of all our employees worldwide. If a gap exists, we'll address it. And we'll continue our work to make sure we maintain pay equity," said Apple.