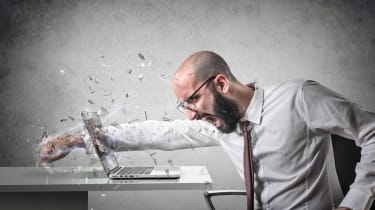 Most small firms and startups affected by the National Living Wage are taking lower profits to accommodate it, according to the Federation of Small Businesses (FSB).

Nearly two-thirds of small firms who must pay the wage, first introduced last April, and updated this April to force employers to pay employees aged over 25 at least 7.50 per hour, are losing out on profits as a result, and two in five have raised prices in order to cope with it, the FSB's survey of 835 small business employers, conducted in June, found.

Furthermore, a quarter have cancelled or scaled back investment plans, and 22% have reduced staff hours, while 19% have hired fewer employees.

Mike Cherry, FSB national chairman, said: "Small employers have demonstrated their resilience in meeting the challenge set by the National Living Wage, with many cutting their margins, or even paying themselves less, to pay their staff more. In sectors where margins are tight, small firms are resorting to more drastic measures to cope with the NLW."

The rapid rise has impacted small businesses first because they were more likely to pay less than the required rate before it was introduced, though 57% said they were already exceeding the wage.

Less than 4% of respondents are now hiring more workers under the age of 25, who would be paid a lower rate under the National Minimum Wage, the FSB found.

"It's vital that the National Living Wage is set at a level that the economy can afford, without job losses or harming job creation," Cherry added. "Cost pressures on small businesses are building, and with most recent economic indicators underperforming, we are now facing the reality that the wage target [of 9 by 2020] may need to be delayed beyond 2020.

"To prevent the growing costs of employment from stunting job creation, the government should use its autumn budget to uprate the Employment Allowance and focus it on the smallest employers."