Redmond will fight any attempt to deport its employees 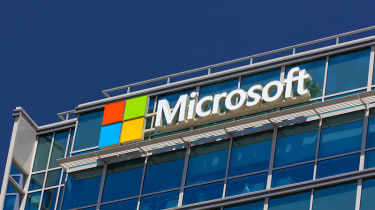 Microsoft is the latest tech giant to say it'll stand by 'Dreamer' employees if President Donald Trump's administration tries to deport them.

The Deferred Action for Childhood Arrivals (DACA) protection put in place by President Obama in 2012 protects young people who arrived in the US as illegal immigrants, giving them permission to work. But Trump plans to rescind the legislation, putting them at risk of deportation.

Microsoft made clear that it adopt a similar stance to Apple and Facebook for its 39 Dreamers, who it said should not be deported because they entered the country when they were children.

"If Congress fails to act, our company will exercise its legal rights properly to help protect our employees," Brad Smith, president and chief legal officer at Microsoft, explained in a blog post. "If the government seeks to deport any one of them, we will provide and pay for their legal counsel.

"We will also file an amicus brief and explore whether we can directly intervene in any such case. In short, if Dreamers who are our employees are in court, we will be by their side."

Smith urged Congress to speed up the decision on how it will replace DACA, saying an agreement needs to be arranged to protect the 800,000 Dreamers in the US.

"Congress should adopt legislation on DACA before it tries to adopt a tax reform bill. This is the only way, given the number of legislative days Congress has scheduled over the next six months, we realistically can expect Congress to complete DACA legislation in time," he said.

250 of my Apple coworkers are #Dreamers. I stand with them. They deserve our respect as equals and a solution rooted in American values.

Apple's boss Tim Cook said in a tweet that the company will fight for its own employees to be treated as equals, while Facebook's Mark Zuckerberg said the decision to end DACA is "particularly cruel to offer young people the American dream, encourage them to come out of the shadows and trust our government, and then punish them for it".