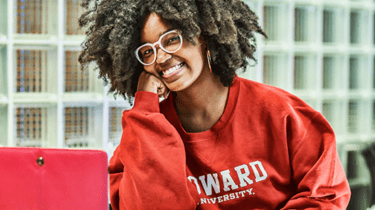 Google is looking to boost its diversity by setting up at Howard University, a traditionally black school in the US.

The number of women in tech is frequently discussed, but Silicon Valley's racial gap is even wider than its gender one. While 31% of Google's overall staff and 19% of technical staff are now women, its latest diversity figures show black employees make up only 2% of its overall workforce versus 59% who are white, 32% who are Asian and 3% who are Hispanic and 1% of technical staff. Progress has been slow: in 2015, 4% of new hires were black.

To address that, Google has previously actively recruited from the university, now extending that effort by offering a residency for 20 to 30 students at the university, dubbing the programme "Howard West".

"Rising juniors and seniors in Howard's computer science (CS) program can attend Howard West, for three months at a time," explained Bonita Stewart, VP of global partnerships, in a blog post. "Senior Google engineers and Howard faculty will serve as instructors. The program kicks off this summer and we plan to scale it to accommodate students from other HBCUs [historically black colleges and universities] in the near future."

The programme aims to address existing hurdles for black students that are keeping them from finding work in tech, Stewart said.

"The lack of exposure, access to mentors and role models are critical gaps that Howard West will solve," Stewart said, who herself attended Howard. "We've also heard that many CS students struggle to find the time to practice coding while juggling a full course load and part-time jobs. Left unchecked, systematic barriers lead to low engagement and enrollment in CS, low retention in CS programs and a lack of proximity and strong relationships between Silicon Valley, HBCUs and the larger African American Community."

Dr Wayne Frederick, president of Howard University, said the programme would help produce hundreds of "industry-ready" black computer science graduates; "future leaders with the power to transform the global technology space into a stronger, more accurate reflection of the world around us".

While Google's current employment stats suggest previous efforts haven't made much of a dent in its diversity gap, Stewart noted that 10 years ago "there was hardly any discussion of diversity in tech", whereas now the company understands the importance "for our workforce to reflect the diversity of our users".