From fintech to self-driving cars, here are some of the hottest new business emerging on the UK tech scene 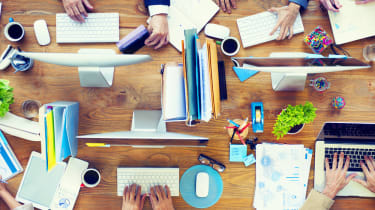 The startup scene in the UK is booming and sometimes it's hard to keep track of all the exciting companies and understand what they're working on.

Here we present 10 of the startups we think you might want to follow over the next year and maybe even try out what they're working on for yourself. 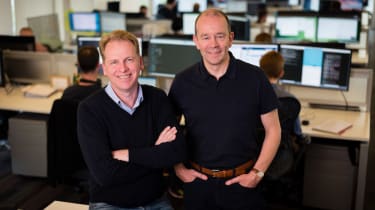 Graphcore is building a new type of processor for machine intelligence to try and speed up machine learning and AI applications.

"Graphcore's first Intelligence Processing Unit (IPU) products, which are designed from the ground up specifically for artificial intelligence, will be with early access customers at the beginning of the year and we will be shipping in volume swiftly afterwards," says Toon.

In the next year, he expects the industry to enter a new era of computing.

"In 2018, artificial intelligence developers will experience 10x-100x speed up in their machine learning applications using our IPUs and innovators will be able to develop and run new AI applications that are just not possible with current hardware," adds Toon.

Tandem A new way to bank 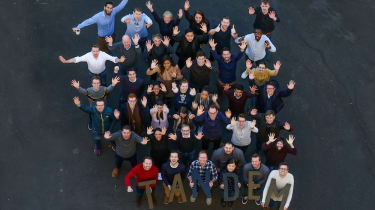 Tandem is a banking startup that's building a bank that gives you valuable insights into your account through their app. This includes highlighting what bills you need to pay and switching you to better deals to try and proactively save you money.

"We're planning to hit the ground running in the new year. Having acquired Harrods Bank in December, we will have a full banking licence," says a spokesperson. "The bank will launch early in the new year with a cashback credit card with no overseas fees and two fixed term savings accounts. The credit card has already started to be rolled out and we can't wait to share these new products with our 11,000 co-founders, the 27,000-plus people already on our waitlist and everyone else who will join Tandem in the coming months. These products will be able to seamlessly integrate with our banking app, which will provide our customers with insight into the ways they spend."

Tandem thinks 2018 will be the biggest year for fintech startups as they will roll out new products and and product features which will help them gain momentum. The organisation is also enthusiastic about PSD2, a new regulation that comes into force in January 2018. It requires banks to open their payment infrastructure and customer data assets to third parties.

"We certainly welcome PSD2! We've been huge proponents of account aggregation for years and are thrilled that PSD2 will make it easier for banks of all shapes and sizes to offer competitive services to customers," says the spokesperson. "It's also great news that Open Banking will be introduced to customers in a simplified way. We hope that as the general public becomes more familiar with the concept we will be able to further develop our own offerings and build trust in this space." 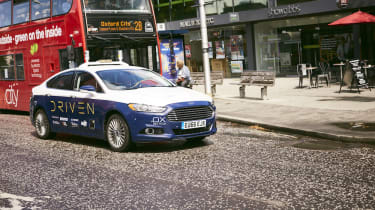 One of Oxbotica's self-driving car prototypes

Oxbotica is an autonomous vehicle software company based in Oxford that was behind the driverless shuttle trials in Greenwich in 2017.

Graeme Smith, the CEO, told IT Pro the startup's main focus is a 12.6 million project called DRIVEN. It involves six vehicles completing autonomous journeys between Oxford and London in 2019.

"We'll be ramping up fleet operations and taking a holistic approach to autonomy bringing insurance and cybersecurity into the loop exploring the 'internet' of autonomous cars. By the end of 2018 we'll have the full fleet up and running, doing trials in Oxford, London and many routes in between," he adds.

Smith is expecting the self driving car industry to change a lot in 2018 too.

"For us, it's all about moving from autonomous cars as single entities to how they work together as a fleet for example, what data do they share, when, why and how? It's a new level of complexity that we are excited to explore as part of DRIVEN," he explains. "Something else that's important is [reducing the cost of] systems for mass production with many companies setting goals to launch autonomous cars for 2021, affordability of the system, without a loss of performance, will be key to widespread adoption of autonomous vehicles."

Pockit Bank accounts for everyone 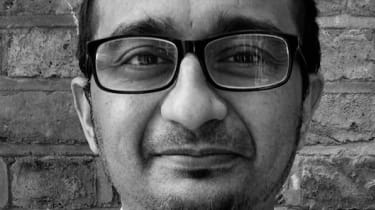 Pockit wants to make bank accounts available to everyone, regardless of their income or credit status. It thinks fees should be simple, fair and without nasty surprises. Pockit provides customers with an online account, a mobile app and a Master Card.

"We are expanding our product suite to include additional features such as Direct Debit, continuing to grow our user-base actively, and beginning to explore suitable models of credit-building and lending for our customer base, who typically find it hard to access these products," says CMO Arvind Desikan.

"New technologies are making it easier and more rewarding for customers to access financial services in new ways," he explains. "Deep learning and advanced data analytics are also making it possible for people to access customised financial products that they couldn't earlier. We think new business models such as micro-fees for financial transactions and flexible borrowing models will emerge, and lead to a greater diversity of financial services."

Desikan believes Open Banking has the potential to be very powerful and will bring new opportunities for fintechs and new choices for consumers.

"The ability for different players in the financial and e-commerce ecosystem to leverage a rich data-set of transactions in real-time to provide quicker, more personalised products will change the way people shop, spend, budget and save," explains Desikan. "For example, a consumer could be offered a range of real-time, transparently priced micro-loans on their phone if they were out shopping and needed to borrow a small sum of money to make a purchase." 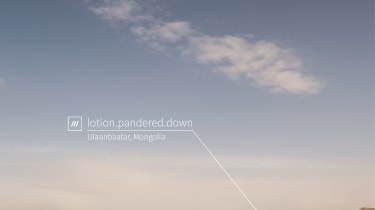 what3words has created a new way of thinking about location. It has divided the world up into a grid of 3 x 3m squares and assigned each one a unique three word address. The company believes this means anyone can accurately find a location and share it quicker and more easily than any other system. It has a lot of interesting use cases in industries such as tourism, postal services and navigation, but could also be particularly useful for emergency services or during natural disasters.

Giles Rhys Jones, CMO at the startup, told IT Pro the company has "huge growth" planned for the year ahead.

"We are releasing 14 more languages for the system, including Chinese, Japanese, Korean and Bahasa," he says. "We are launching three new apps, including sorting and routing apps for postal services and logistics companies and a photo app that allows people to add three word addresses to their images. We are also adding voice recognition to our core app."

what3words is branching out into new markets and will open a new office to help it expand in the Mongolian, Saudi Arabian and South African markets.

Mercedes Benz has also announced it will be the first car manufacturer to launch three word address navigation with the startup. what3words wants more car manufacturers to use its technology in this way and also aims to have an entire country adopt its service as national infrastructure in the future.

Mespo Helping you to budget 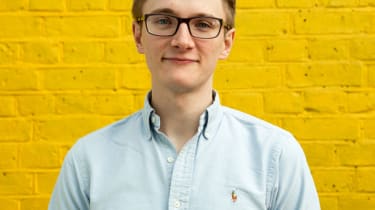 Mespo is another fintech startup based in the UK, which tells users when they are overspending through an app and tries to fix it for them. It tries to make your money go further and considers itself to be "an impartial financial service".

"2018 is going to be an exciting year for Mespo. PSD2 will finally come into effect, which will have large implications for our business," says CEO Lukas Zrner. "With access to a greater amount of account information, we will be able to improve our product to generate even greater savings for our customers."

Zrner believes the implementation of PSD2 and GDPR will be positive drivers for fintech startups like Mespo in the year ahead and he expects to see more collaboration between fintechs and established financial services companies.

Five AI is another company working on developing software for autonomous vehicles and believes these machines must be aware of other road users' actions before they happen to ensure the cars are safe. It provides the software for use by mobility service market participants, from vehicle manufacturers to transportation operators.

Boland would also like to see European businesses start to think big, like their US counterparts, to dominate their own markets.

"This means companies need to shift from creating excellent technology, which leads to these companies being acquired, to creating outstanding services which truly serve the European and global markets, and can define the business landscape for years to come," explains Boland. 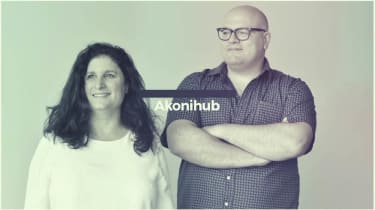 Akoni is another fintech startup to keep your eye on. It provides a digital cash treasury manager, which ensures a business' cash is earning the best rates by scanning the marketplace daily. In 2018, it's planning to expand and will use Open Banking as well as developing its own machine learning and data science based tools.

Felicia Meyerowitz Singh, CEO of Akoni, says there are exciting times for fintech in the year ahead, pointing to PSD2 and Open Banking in particular.

"Traditionally, fintech has focused mainly on the consumer and credit space, with very few business and commercial solutions," she says. "There is currently a perfect storm of market pressures ... changing this in the banking sector, which will impact the traditionally neglected SMB and commercial sector."

TrainAsONE - Run off that Christmas food

If you're looking for a way to help you achieve your New Year's resolution of getting fitter, then this is the startup for you.

TrainAsOne provides personal coaching to users and ensures they are training at their most optimal and safe level by analysing their phone and wearable device data from each and every session. It ensures they train smarter by giving them precious data on how they're working out.

"In 2018 we plan to extend our lead in personalised training AI, incorporate more sports, and begin our move into general health and wellness and disease management," says CEO and founder, Sean Radford. "We also intend to actively pursue additional partnerships to bring TrainAsONE to a wider audience around the globe."

He also thinks sport tech startups that crossover into the health industry have the potential to "massively disrupt". Even though he says we might not see this in 2018, we should still keep an eye on this startup, and even use what they are offering to get fitter in the new year.

Main image credit: Bigstock. All other images used with the permission of the named company.