How mentoring can work for you: The story of SPIXII

After following automated insurance tech company SPIXII for six months, we find out how mentorship has worked for them 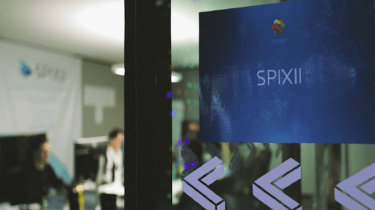 Running a startup is no simple task, but creating a new business that goes on to be successful is an entirely different one. Six months ago we joined insurance-tech startup SPIXII on its journey from startup to scaleup. Having won the Alphr and IT Pro 01/10/100 pitch-off, SPIXII earned the right to learn from the best as part of Samsung's business-mentorship programme.

At the start of SPIXII's work with Samsung's mentorship scheme, it was all about outlining what makes SPIXII great and honing in on those areas. Three months ago we met with SPIXII to see how those lessons had set the startup on the path to scale up and now, six months on from our initial meeting, SPIXII is at the end of its mentorship journey.

But what does that mean for SPIXII? What has mentorship helped it achieve over the past six months, and where's it going next? We caught up with SPIXII, along with its mentors, to find out.

READ NEXT: How to take your startup to the next level

Over the past six months, SPIXII's core product of an intelligent insurance chatbot hasn't changed. But what has changed is how it's packaged and framed for clients. This transformation has been helped by the combined effort of all three of SPIXII's mentors honing exactly what it is SPIXII can offer its clients. 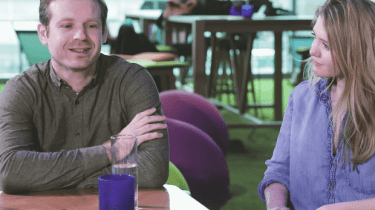 As a mentor, co-founder of Elsewhen and Supper Club member, Leon Gauhman knows what makes for a convincing product. Six months ago he believed SPIXII needed to create a roadmap and stick to it, move away from promoting what it does well and instead focus on helping clients understand what it is that SPIXII can do for them. Today, Gauhman believes SPIXII is well on its way.

"When we have a little bit of time to reflect on what's been done, you realise that a lot of things have changed," he ruminates. "You're not always aware of your trajectory, but looking back, you see the progress that's been made and how SPIXII is moving into a different place. It's growing, it has more customers and, as a result, has new problems it now has to handle."

Samsung B2B's head of customer marketing, Anna Perkins, was responsible for helping tighten SPIXII's marketing message. Since their first meeting six months ago, she believes SPIXII has evolved wonderfully. "It's been great to be part of the journey and to have listened to the questions and struggles they had six months ago to seeing where they are now," she explains. "They've come on leaps and bounds. They're really questioning how marketing can take them on that next step.

"When you're a small organisation starting out, you can get bogged down in theory. You can get consumed by what it is you think you need to be doing," Perkins continued, explaining how SPIXII's marketing executive Emma Pegg had a daunting task ahead of her six months ago. "It's really challenging to get that balance right and to understand what could be done versus what has to be done.

"If you get the fundamentals right, and come back to them time and time again to create communications and campaigns that fit, then you've got yourself a solid base. SPIXII now knows this; the team doesn't get consumed by everything that could be done, instead focusing on what can be done and doing it well."

In terms of SPIXII's storytelling ability, Rooster Punk MD James Trezona echoes both Gauhman and Perkins' sentiments. "SPIXII went from talking about ideas, story and purpose to grabbing it and embedding it into both their internal and external communications.

"We could talk about how SPIXII needed growth in what it brought to market, but that's something entirely predicated on its ability to bring talent on board," explains Trezona. "Hiring is one of the hardest things to do, and to make sure the people you find are really passionate about the company is even trickier. You want them to integrate into the business instead of simply seeing it as a salary or a product to sell.

"What's been satisfying with SPIXII is seeing how they understand this. SPIXII already knew its purpose, even if it was locked away in their heads. By scratching underneath the surface, mentorship allowed us to find the genesis of the company. SPIXII's progress in storytelling has been telegraphing that truth around their frustrations with insurance, turning it into a desire to make sure more people are better protected."

"Without mentorship, we may well have ended up in the same place, but it definitely helped us get there faster," explained SPIXII CEO and co-founder Renaud Million. "Mentorship over the last six months has really helped us have a clear indication of our direction and to help us move forward."

Pegg agrees. "The mentorship has helped me understand the importance of consistent marketing messaging. Beforehand we had so much material coming out, but now we're targeting it at the people who really need to receive it and hear it.

"Ultimately, the mentorship went far beyond what we expected when we won the pitch. The culture, inspiration and energy we took from the mentorship days gave the whole team more drive as we were enthused from what was happening during those days." 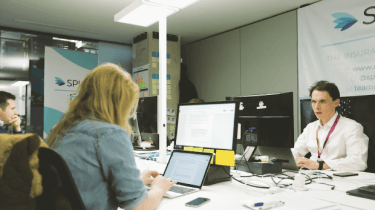 What should SPIXII do now?

Now that SPIXII's mentorship process with Samsung is over, what's next? As far as the mentors are concerned, SPIXII's journey has only just begun.

"I'd like to see SPIXII scale successfully," explains Gauhman. "As new clients come on board, as their product develops, it's hard to juggle all areas of the business and still retain focus on where to pool limited resources and to ensure the right areas have the maximum attention they deserve.

"The insurance industry is huge and is still waiting to be disrupted. SPIXII is one of the few companies aggressively attacking that market, and seeing them trying to create change makes me yearn for it more within the industry."

For Perkins, the next stage of SPIXII's journey is to further refine the work they've already done. "SPIXII is at a really exciting and challenging point of their journey. They've managed to really get to the core of what makes them special, which is something that only comes from testing and developing via trial and error. At the beginning, SPIXII knew the importance of marketing but weren't sure how to manage and control it. By the middle of the mentorship, they had a really clear idea about what they needed to do, and now I'm seeing them actually executing it all.

"Six months ago, SPIXII wasn't quite there, but now the team is clearly getting the message home to prospective clients that they can really help them take their business to the next stage." 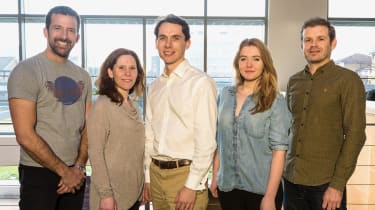 For Trezona, the next step is actually slightly different. As he sees it, SPIXII has made huge strides over the past six months, making the next step one of self-reflection. "When you're growing fast, it becomes very easy not to step back and take time to celebrate your accomplishments.

"Growth takes time. It's a comparative sprint in the life of your business, but at the time it feels like a marathon. When you look back at what you've built, a couple of years is just a blip. You need to take time to celebrate and find joy in these achievements.

"It shouldn't be hard advice for SPIXII to follow, as it's already built a fantastic workplace culture, but looking back on your achievements can sometimes be the biggest challenge."