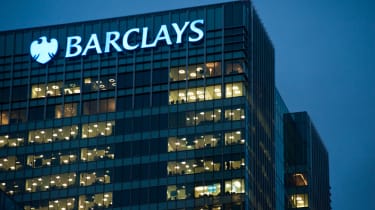 Barclays launched a new 'law-tech' incubator in London today in partnership with the Law Society.

The initiative, which is being backed by major law firms including Allen & Overy, Clifford Chance and Simmons & Simmons, looks to make the UK a world leader in law technology by helping companies start up and scale up in the field.

Both the bank and the Law Society are backing the new law-tech space, called an Eagle Lab, which will open soon in Notting Hill, London, and create a centre of excellence. It will provide co-working space and support for up to 100 individuals, with events and meet-up spaces expected to be confirmed soon.

Ashok Vaswani, chief executive of Barclays UK, backs the UK in becoming a world leader in law-tech by building on the success of its legal sector.

"Law-tech is an area where the UK has every reason to be a world leader," he said.

"It is home to some of the greatest law firms in the world and we want to help build on the success of its legal sector, and play a leading role in transforming law-tech in the future. The impressive range of partners supporting this initiative shows just how important this is.

"Our Eagle Labs are supporting thriving new businesses up and down the country, and our Notting Hill lab will lead the way as an industry centre of excellence for law-tech."

Eagle Labs are spaces set up by Barclays to help businesses create, innovate and grow. They also operate as community resources which support digital empowerment for all focusing on driving digital skills development, productivity and economic growth, and support job creation.

Jimmy Vestbirk, founder of Legal Geek, believes the initiative can have the same impact as the country's thriving fintech sector.

"The launch of this new law-tech incubator marks an exciting time for the legal profession, he said.

"Technology is transforming how legal services are delivered and the market is starting to sit up and take notice, with the number of start-ups and investment in the sector rising."

He added: "London is emerging as a global leader in law-tech, with an increasing number of high growth international legal startups choosing the city as their second market. The law-tech space has huge potential for growth, and with initiatives like this, I wholeheartedly believe that the same success we have seen in the UK's thriving fintech scene can be replicated."