UK leads the way with its unicorns 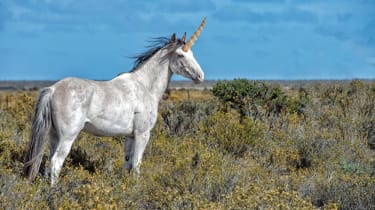 Despite London's dominance in the tech sector, the UK as a whole is leading the way when it comes to producing 'Unicorns' - tech companies that are worth $1 billion.

This is according to the latest research from Tech Nation and venture capital analytics company Dealroom.co which highlights the vibrant state of Britain's technology sector.

Earlier this year the mayor of London, Sadiq Khan, hailed the capital as the number one tech destination in Europe, but the research suggests that the strength of the UK's tech sector isn't just apparent in its capital city.

"London's tech sector is envied across the world so it is good to see evidence of how it is producing so many fastgrowing new businesses," he said. "However, we also recognise how important it is that the capital collaborates with other cities in the UK, which are building similarly strong tech communities."

Currently, the UK is home to 15 $1 billion tech companies and these so-called Unicorns are spread across six different cities: Manchester, Oxford, Cambridge, Edinburgh, Leeds and of course London. Each of these cities has produced at least two unicorns.

"Increasingly these cities are competing with other tech hubs in Asia and the US and can go head-tohead with Europe's capitals on many measures."

Manchester has produced five fast-growing $1 billion tech companies, which puts it on a par with Amsterdam, whereas Oxford hosts nine unicorns, beating Paris's five and the whole of Belgium which has eight. Edinburgh, meanwhile, counts SkyScanner and data consultancy group Wood Mackenzie as unicorns, helping to spread the success into Scotland.

"The UK's track record in creating fast growing tech companies is second to none in Europe," said Jeremy Wright, Secretary of State for Digital, Culture, Media and Sport. "These new statistics show Manchester and Edinburgh are now competing on a global scale and stellar tech firms are growing right across the country, spreading new jobs and investment.

"Through our Digital and Industrial Strategies, we are creating the conditions to start up and grow brilliant tech ideas into world-beating global businesses and pushing the boundaries of science to change people's lives for the better."