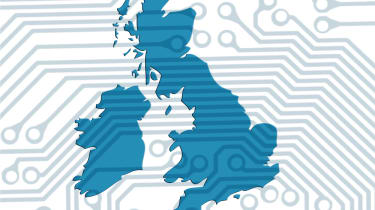 The latest figures from Tech Nation suggest the UK's digital sector now contributes 75% more to the economy than any other, with those working in digital roles earning as much as 10,000 more than those in non-digital positions.

And, this is not just London. Digital hubs up and down the country are rapidly growing and attracting more venture capital than any in Europe.

This is according to the latest findings from Tech Nation which said the UK's tech sector attracted 6.3 billion in investment in 2018. Over the same period, the UK also had a landmark year for exits, achieving sales, IPOs and mergers worth $40 billion, ahead of every other country in Europe, including Sweden, the source of Europe's single biggest IPO in 2018.

These end of year figures have been compiled by analytics company Dealroom for the Government's Digital Economy Council. And, according to the findings, the UK continues to be the most attractive destination in Europe for venture capital (VC), with UK firms attracting 1.8 times more VC investment than France and 1.6 times more than Germany in 2018.

"These brilliant statistics round off another bumper year of investment in our digital economy and show the UK is Europe's undisputed tech hub," said Digital Secretary Jeremy Wright. "The success is thanks to our unique combination of talent, location and language, alongside our business-friendly environment, unrivalled access to capital and world-leading universities.

"We are determined to make the UK the best place to start and grow a business, and through our Digital and Industrial Strategies we want to see the power of technology change people's lives for the better."

Looking closer to home, figures from Tech Nation also suggested the tech sector dominated the UK's economy in 2018. According to the report, UK tech had 75% higher productivity compared to the whole of the UK economy. Such is its strength, people working in jobs requiring digital skills are said to be paid on average 10,000 more than non-digital roles.

London often draws the most attention for the UK's tech sector, but other areas of the country are embracing digital technologies and quickly becoming innovative hubs. Recent studies have shown the UK now has six cities which have produced at least two unicorns startups valued at 1 billion. Outside London, Cambridge, Leeds, Edinburgh, Oxford and Manchester have all produced tech companies of growing significance.

"Manchester and the North West are leading the nation's ambitions for a digital future and investors from around the world are waking up to what is happening here," said Andy Burnham, Mayor of Greater Manchester. "People are moving North to take up well-remunerated jobs in the digital tech sector and we are building innovative businesses of world renown that benefit all our communities.

"Overall, our ambition is for Greater Manchester to become a financially self-sustaining city, sitting at the heart of a Northern Powerhouse with the size, the assets, the skilled population and political and economic influence to rival any global city. We are hugely optimistic about our future as a place to invest."