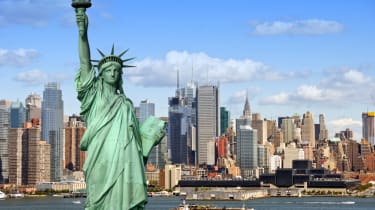 Plexal, the innovation centre that delivers the LORCA incubator for UK startups, has announced a partnership with some major global organisations.

LORCA is the London Office for Rapid Cybersecurity Advancement, a government-backed initiative to support some of the UK's fastest growing cyber security startups. It officially opened in June 2018 with 13.5 million in funding from the Department for Digital, Culture, Media & Sport (DCMS).

Now, it seems that those small firms will have a direct line to the wider world as Plexal has announced partnerships with the Global Cyber Alliance, the City of New York and the New York Economic Development Corporation.

"Sharing knowledge and being open to cooperation between global cyber innovators and industry is more important than ever," said Andrew Roughan, managing director of Plexal. "We're looking forward to deepening our links with new global partners and acting as the UK landing pad and connector.

"These important partnerships with the New York Development Corporation and the Global Cyber Alliance will mean the emerging cyber stars we support can have even greater direct access to new markets and the networks they need to succeed."

The Global Cyber Alliance is a worldwide, collaborative non-profit dedicated to reducing cyber risk. With the Plexal partnership it's hoped that the organisation will open a gateway for the LORCA startups to access an extensive network of partners around the world and a wealth of cybersecurity expertise from government and the private sector.

A partnership was also confirmed with the City of New York Mayor's Office and the New York Economic Development Corporation. This will see Plexal act as the UK lead for the NYCx Cybersecurity Moonshot Challenge, which focuses on creating better cyber security solutions for SMEs.

Plexal has said it will ensure UK innovators are well represented as challenge participants and also act as the primary UK landing pad for challenge winners. It will provide consultation, demo opportunities and a base for winners to develop in the UK through free coworking space and support at Plexal's hub at Here East, London.

It is hoped the partnership will establish strong connections between cyber innovators based in NYC and the UK, enabling the sharing of knowledge and resources that are so vital to solving cyber security challenges on a global scale.

Razorsecure, which provides security for transportation networks, welcomed the news, with its CEO Alex Cowan telling IT Pro: "New York is quite an interesting place for us because they obviously have a lot of rail infrastructure [and] a lot of connected infrastructure as well."