Startups from Kenya, Nigeria and South Africa to represent the continent's fastest growing sector in London 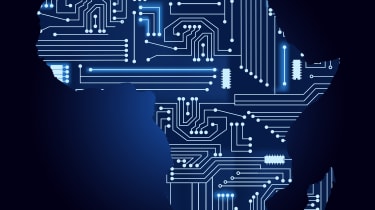 The UK will welcome 20 of the most innovative tech startups from Africa for a two-week incubator programme to help them scale up.

The development-focused firms are from Kenya, Nigeria and South Africa and are part of the Go Global Africa project. They will arrive in London on Monday and, according to the government, will benefit from the expertise within the UK's tech sector, potentially creating links for future business.

The main aim of the partnership is to tap into Africa's burgeoning tech sector, which is one of its fastest growing industries.

"Africa is a vibrant and dynamic continent, with huge potential for growth, and the firms chosen for the first Go Global Africa programme see tech as a force for good in society," said Digital Minister Margot James.

"I've no doubt they have the talent to play a transformative role in their country's growth while also building connections for UK startups in new markets and highlighting Britain as the place to develop new technology."

The 20 startups selected where whittled down from more than 400 applicants that offered products and services within industries such as fintech, healthcare, agritech (tech for agriculture) and water management.

The selected startups will receive coaching from pitching experts, a public speaking masterclass and advice on scaling up from PriceWaterHouseCoopers.

The UK has worked to strengthen ties with some African counties. In August, the prime minister Theresa May announced a UK funded cyber security centre in Kenya as part of a wider cyber security partnership.

The government believes many of the African nations are untapped markets, particularly for technology. In 2017 the continent's startup hubs raised 50% more venture capital than it did the year before. South Africa, Kenya and Nigeria were responsible for the majority of that money with a combined 333 million.

Four years ago, the UK began a similar partnership with Israel. In that time, the tech hub has helped 175 tech partners make 85 million worth of deals and is estimated to bring in 800 to the UK's economy.

After the two week programme, the startups will receive ongoing support from international tech hubs, such as Isreal, and other countries in the UK's global tech hub network which spans three continents.