Mayor of London wants SMBs to benefit from AI 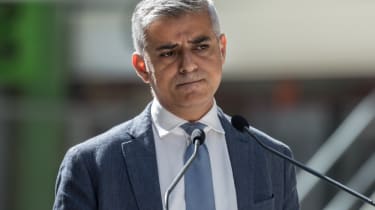 The Mayor of London wants more small businesses to benefit from artificial intelligence (AI) saying the technology should be available to all.

Sadiq Khan has said that he will give 200 of London's smaller players a share of 200,000 to enhance their use of AI. Despite the UK's capital regularly being tipped as a global hub for AI, it would appear that the Mayor's office is worried that the technology is not trickling down to companies with little capital.

"London is a leading hub for innovation in artificial intelligence and some of the advances being made right here in the capital are revolutionising how business is done," Khan said according to City AM.

"Small businesses are the lifeblood of our economy, and I firmly believe these innovations should be available to companies of all sizes, not just the ones with the deepest pockets."

Last year, it was revealed the UK's capital housed twice the number of AI companies of both Paris and Berlin combined, with 758 firms. This followed a lot of talk from the Mayor's office about London being a global hub for the technology, with the deputy mayor Rajesh Agrawal suggesting it could compete with Silicon Valley.

Under Khan's Technology for Business scheme, the first cohort of successful firms will connect with a dedicated case worker and be trained to use enhanced web tools. Retailers will get 24/7 support for customers, while hotels will get tailored recommendations for guests.

The scheme is funded by the Department for Business, Energy and Industrial Strategy, and the London School of Economics, Capital Enterprise and Cognition X have joined as partners.

Such is the pull of AI, it was recently revealed in a report by VC investor MMC Ventures that 40% of tech companies describing themselves as "AI startups" had no evidence of any machine learning tech "material" to what the firms actually did.