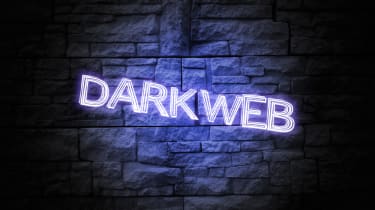 A further 15 startups have been added to the government's LORCA cyber security scheme, with the latest cohort focusing on artificial intelligence and the dark web.

The London Office for Rapid Cyber Security (LORCA) opened last year with 13.5 million in funding from the Department for Digital, Media & Sport (DCMS). Based at the Here East Plexal tech campus, the project's aim is to get 72 startups to scale up and grow with the help of experts and advice.

The latest companies joining the initiative include cyber security startups that deal with AI and the dark web. One such company is Threat Status, which analyses the hidden deep web in order to track stolen usernames and passwords.

The firm was established in 2017 and is based on the south coast of England. Founders Jon Inns and Ian Nice have spent most of their careers in information security and decided to form a startup after 2013's Yahoo data breach. The pair noticed a steady increase in compromised and leaked user data after the breach of approximately three billion Yahoo user accounts. They recognised that the release of this information had the potential to do a lot more harm than many imagined possible and decided to take action.

Another business joining the scheme is Elemendar, which uses AI to convert lengthy cyber security reports into a format which can be read by computers and added into databases.

These new cohorts will also benefit from a transatlantic partnership after Plexal announced a deal with the Global Cyber Alliance, the City of New York and the New York Economic Development Corporation.

The Global Cyber Alliance is a worldwide, collaborative non-profit dedicated to reducing cyber risk. With the Plexal partnership, it's hoped that the organisation will open a gateway for the LORCA startups to access an extensive network of partners around the world and a wealth of cyber security experts from government and the private sector.

"We want the UK to be at the forefront of tackling cyber threats and encourage the best and brightest to come up with new and innovative solutions to combat the ever-changing cyber risks," said minister for digital Margot James.

"Ahead of London Tech Week, it's great to see that LORCA is now welcoming international companies to the capital, making this a truly global effort to ensure we have a Britain that's fit for the future."