VCs poured £4.8bn into UK startups this year so far, according to Tech Nation data 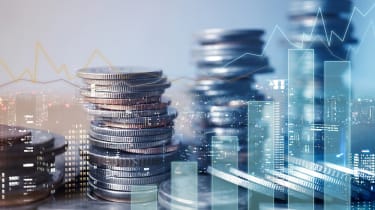 The UK's tech sector has received record-breaking investment in the first half of 2019, according to information obtained by Tech Nation.

The Data Commons for UK Tech is a new database developed in partnership with Dealroom and its first big slice of insight is that UK startups have received 4.8 billion in venture capital funding in the first six months of this year.

The purpose of the database is to provide detailed information about the UK's startup scene. It can be accessed from Tech Nation's website and provides a 360-degree view of the rapidly evolving innovation economy right across the UK for investors, entrepreneurs, and policymakers.

Tech Nation says that despite the innovation economy thriving in every region across the UK, there's a lack of comprehensive information on activity and emerging trends within the national ecosystem. This could potentially impede faster growth.

With the Data Commons, Tech Nation and Dealroom are aiming to provide a world-leading resource that can help Britain's emerging technology companies to fulfil their potential.

Those accessing the database will find all the information they need to develop their business plans and network with a broad range of potential partners within the ecosystem to accelerate growth. For example, the platform provides founders with an opportunity to see who else is working in their field, the success stories to date, growth indicators, and where businesses in the same sector are concentrated.

Digital Secretary Jeremy Wright called the initiative "timely" and said it had the potential to spark a new wave of investment into the UK's tech sector, creating new jobs and prosperity across the country.

"International and UK-based investors are pumping record amounts of cash into our thriving technology industry and, as they arrive in the capital for London Tech Week, this new tool will provide them with a rich new open data source to inform their decisions," he said.

The first big scoop from the database - the record-breaking investment in UK startups - slightly contradicts a recent report from Tech London Advocates (TLA) that suggested the ongoing Brexit negotiations had created uncertainty for those looking to invest in the UK's tech sector.

A survey of 200 TLA members revealed that 39% of tech companies have found it harder to access capital in London over the past two years, with 60% believing the challenge will only get worse over the next 12 months.

The government's ongoing selection process to find a replacement for departing Prime Minister Theresa May could potentially add to the uncertainty.

"The tech ecosystem here is a great national success story and has continued to produce extraordinary results despite the political chaos," Russ Shaw, founder of TLA said to IT Pro.

"Now however tech companies are starting to feel the strain in attracting skilled overseas talent and funding at the seed level.

"My hope is that Theresa May's replacement recognises the critical importance of tech within our economy, moves to address these challenges and can inspire a renewed confidence internationally in Britain's ability to lead on the global stage as a prominent digital hub."