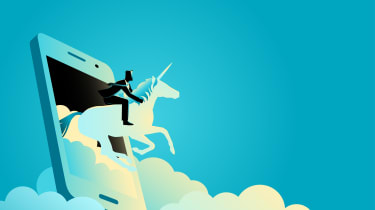 The UK's tech sector is now home to more than 70 tech unicorns as one has been created every month in the last year.

This is according to figures from Tech Nation, working on behalf of the government's Digital Economy Council, and released ahead of London Tech Week. It shows that the UK is third in the world when it comes to creating fast-growing tech companies.

The UK is still behind the US and China for unicorns, but now has more than double the amount of $1 billion (790 million) companies than Germany, which came fourth. One of the key areas of growth, particularly in London, is on fintech, where the UK's capital ranks second only to the San Francisco Bay for the number of financial technology unicorns, at 18.

In the past 12 months, 13 UK companies have reached valuations of more than $1 billion, taking the total number of UK firms valued at that amount to 72. More than a third of Europe's fastest-growing tech companies are now based in Britain. London remains the acknowledged centre of Europe's tech sector, producing one in five (21%) of the continent's fast-growing unicorns. The capital has produced 45 unicorns worth $148 billion (116.9 billion).

"These figures show the extent to which the UK digital tech sector is rivalling those in the US and China, after an incredibly strong year of investment backing for fast-growing UK companies," said Gerard Grech, CEO at Tech Nation. "The UK's digital tech sector continues to go from strength to strength with unicorns now being produced right across the country."

According to the results, the UK has six cities  Cambridge, Oxford, Manchester, Leeds, Bristol and Edinburgh that are home to at least two unicorn companies. These are in fintech, retail, deep tech or industrial and healthcare sectors.

The technology sector also is driving job creation in cities right across the UK, according to the figures, with 2.1 million people now employed and employment growing at a rate of more than 10% a year.

The strongest job growth has been seen in Manchester, Belfast, Birmingham, Reading, and Leeds. New roles being created are for both skilled tech staff including software developers and engineers - and staff in non-tech roles including accounting, legal, marketing, sales and product management.

Further to this, prime minister Theresa May is expected to announce a number of ambitious commitments at London Tech Week to ensure the UK remains the largest tech hub in Europe.

"Already we are one of the best places in the world to start and grow a tech business. British Tech is growing over one and a half times faster than the rest of the economy, adding more than one hundred and thirty billion pounds to our economy every year," said May.

"But if we are going to maintain our position as a global leader, our challenge is how we develop British Tech and make it even better. We want this to be the place everyone thinks of and comes to first when they want to develop their world-changing tech ideas."