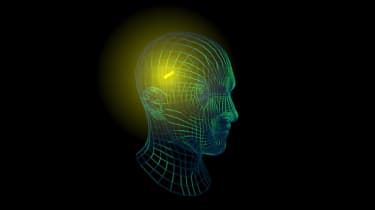 Elon Musk's startup, Neuralink, stepped into the light on Tuesday as the entrepreneur detailed the company's progress with wireless brain implants.

During a presentation at the California Academy of Sciences in San Francisco, the Tesla and SpaceX founder spoke in-depth about the "brain-machine interface" the company had been developing.

Since it was secretly founded in 2016, the goal of Neuralink has been to eventually implant devices in people who have been paralysed so they can connect with technology. Musk showcased some of the hardware being worked on by Neuralink, but the presentation actually served a different purpose.

"The main reason for doing this presentation is for recruiting, we really want to have the best talent in the world come and work at Neuralink, anyone that's interested in trying to solve this problem, that's actually the primary purpose of this presentation," he said.

Musk first announced Nueralink in 2017 and until now, not much had been reported about its work. Other companies have also ported this kind of technology, such as ARM which collaborated with the Centre for Sensorimotor Neural Engineering (CNSE) at the University of Washington to develop brain-implantable processors in 2017.

The first person to actually receive a brain implant that allowed him to control a computer cursor was Matthew Nagle. In 2006, Nagle, who had a spinal cord injury, was able to play Pong using only his mind; the basic movement required took him only four days to master, he told The New York Times. The system Nagle used was called BrainGate and was developed initially at Brown University.

What makes Nueralink different, according to Musk, is that it's it uses flexible "threads," which are less likely to damage the brain than the materials currently used in brain-machine interfaces. These threads, which are detailed in a white paper credited to Musk, also create the possibility of transferring a higher volume of data. It notes that the system could include "as many as 3,072 electrodes per array distributed across 96 threads".

Neuralink plans to seek FDA approval for a human clinical trial as early as 2020, on a version of its device that is only intended for patients with serious medical conditions. The first clinical trial will target patients with complete paralysis and will involve installing four of its implants into patients brains  three in motor areas and one in a somatosensory area. These will connect wirelessly to an external transmitter mounted behind the ear, which contains the only battery and links up to a smartphone app.

The hope is for better, more precise outcomes than previous attempts at brain-machine interfaces; if it works, it promises "high bandwidth" brain connection, implanted via robot surgery. While not much was said about data privacy or the security of what is essentially a two-way device, Musk acknowledged that testing on animals was a "sensitive" issue. The company has publicly declared it has worked with rats to make sure the platform is safe, however according to Musk it's also working with scientists at the University of California, Davis, to conduct experiments with monkeys.

"We definitely need to address the elephant in the room, the monkey in the room," Musk quipped. "A monkey has been able to control the computer with his brain. Just, FYI."