The uncertainty of Brexit, lack of skilled workers and delays to investment have disrupted one of the UK's most profitable sectors 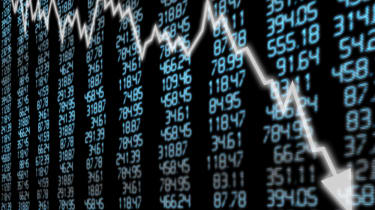 Growth in the UK's tech economy has slowed for the first time in seven years, blamed largely on uncertainty around Brexit and cuts to corporate spending.

The KPMG UK Tech Monitor Index, which measures the strength of business activity in a sector, showed growth in UK tech had dropped from 54.4 in the first quarter of 2019, to 53 in the second, representing a softer rate of growth.

Although the index has remained above the 50.0 'no change' marker since 2012, the latest reading suggests the sector is heading for the second-weakest rate of growth for three and a half years.

There's also signs of a slowdown in employment within the tech sector, compared to the same period in 2018, with companies struggling to find suitably skilled candidates, according to KPMG.

The report added that most participants pointed to the poor overall performance of the UK economy as being a major factor, as well as cuts to corporate spending as a result of uncertainty around the UK's future relationship with the European Union.

It also found that although Q2 saw a moderate increase in the volume of tech sales, as well as a strong pipeline for new product innovation, this was offset by a fall in the number of new purchase orders across the sector, the weakest since 2015.

"The slowdown in both sector growth and employment growth during the second quarter of 2019 is perhaps unsurprising given the slide in business optimism reported at the start of this year and the challenging global economic landscape," said Bernard Brown, vice chair at KPMG.

"Delays to business investment decisions and greater risk aversion among large corporates are likely to hold back UK tech sector performance during the second half of 2019, but exporting firms could feel a boost to sales from looser central bank policy in the US and euro area. While it is tempting to sit tight, businesses must act with an entrepreneurial and resilient spirit before we'll see a significant, positive change in market confidence, furthermore reflected in the job market."

Sluggish demand from domestic customers was one of the reasons also cited by survey respondents, as political uncertainty encouraged some clients to postpone new projects.

The findings from KPMG make a stark contrast from a Tech Nation report from May that suggested the UK's tech sector continued to exceed all expectations. At the time the UK was believed to have the highest scale-up tech investment in Europe, with only the US, China and India surpassing it globally.

The pace of the UK's tech sector has traditionally raced ahead of nearly all other economic areas in terms of yearly growth, and many of the country's startups are now attracting large amounts of investment. In June it was reported that the UK was home to more than 70 tech unicorns, with one being created every month.