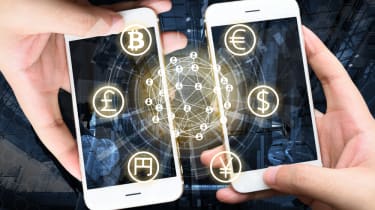 Banks are set to lose out on an estimated $280 billion in revenue by 2025 as fintech and payment transfer startups muscle in, according to a report.

The global payments business was worth around $1.5 trillion this year, as reported by professional services firm Accenture, although this is expected to grow to $2 trillion in the next five years as new and innovative services for card payments and wire transfers become available.

However traditional banks are set to their market share as a result, with 15% of their global payments - $280 billion - going to startups.

The rise in fintech and payment startups is being fueled by a demand for greater flexibility and more affordable transfers. Many of these companies use technology to link bank accounts around the world, enabling fast payments without high conversion rates and hidden markups that banks usually apply.

"Rather than being at the forefront of the new wave of the booming payments market, banks are feeling the heat from new competition and seeing their margins squeezed," said Gareth Wilson, head of Accenture's global payments team according to Reuters.

"We face an inevitable world of instant, invisible and free payments, which spells trouble for banks that don't want to be relegated to the plumbing of payments."

Competition in this sector is already strong, with London-based TransferWise offering foreign exchange payments to retail and SMB customers with low fees. It's also big with Silicon Valley where Stripe and Square are on the rise.

Payments are becoming instant, dulling the need for credit, which is a large revenue stream for banks, according to Accenture. The greater competition could result in accelerating the trend towards free payments.

The fintech market, as a whole, is arguably one of the strongest in the UK, with firms like Monzo and OakNorth often featuring on so-called 'unicorn' lists. Challenger bank OakNorth has been seen its income grow from 77 million to 177.6 million in just 12 months - a year-on-year growth of 268%, according to Innovative Finance.