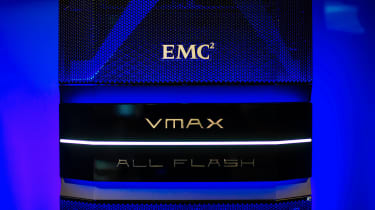 EMC has announced two new products aimed at moving datacentres away from hard disks and to flash storage. The VMAX All Flash is a series of solid state disk arrays that go all the way up to 4PB or 4000TB.

Available in two new models, the VMAX 450 and 850, EMC claims VMAX All Flash is the biggest all flash storage unit on the planet' yet is less expensive than comparable traditional 15000rpm hard disk arrays. The company also claims that its Write Folding technology improves flash durability without affecting performance.

Each VMAX All Flash array is made of V-Bricks. A V-Brick consists of a single VMAX controller and 53TB of storage capacity that can be increased to 500TB in 13TB steps. Each V-Brick can manage up to eight controllers and 4PB of storage and can cache up to 16TB.

The entire array is backed by a flat-priced maintenance plan the Xpect More Program. This lifetime plan will guarantee the endurance of the flash modules, replacing them for free if they fail. Plus there's a three-year, money-back warranty. 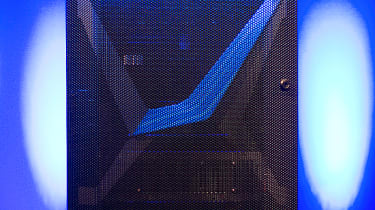 Up to 48 direct attached servers can use each DSSD D5. Each D5 array consists of 36 custom form factor hot pluggable flash modules. Each module has two NVMe PCI Express-based connectors for use with two controllers simultaneously. The connection cables themselves are 96 thick four-lane leads. It's worth bearing in mind that only' 100TB of the 144TB raw capacity available for use.

EMC claims reliability isn't an issue due to its own proprietary wear levelling, garbage collection and Cubic' RAID technologies. Plus, with redundant components, there shouldn't be a single point of failure and thus it should be well-suited for mission-critical enterprise systems.

To connect it to your servers, EMC sells PCI host adapter cards that plug into any server. To get the most out of the DSSD D5, EMC recommends using its own Flood API which bypasses the file system and other aspects of the operating system to connect applications directly to the SSD. 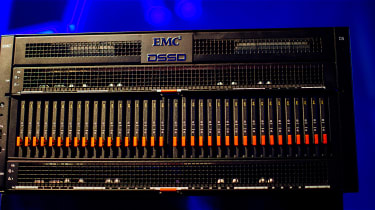 The US military "fully intends to take advantage of the real time analytics" made possible by DSSD D5 according to Douglas Babb, a chief IT architect for the Department of Defense. Meanwhile, the Texas Advanced Computing Center is already running 50 to 100 scientific supercomputing projects on DSSD D5 according to its executive director, Dan Stanzione.