Storage giant sues former employees that have left to work for competitor. 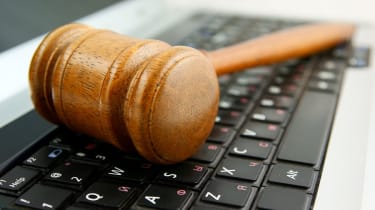 EMC has accused several ex-employees of taking confidential company information with them when they defected to rival firm Pure Storage.

The storage giant has embarked on legal action against a number of former employees, who it claims have "wrongfully taken confidential and competitively sensitive" information about EMC's operations when they have gone to work for the competitor.

Since last year, no fewer than 30 high-performing employees have departed EMC under suspicious circumstances to join Pure Storage.

US-based Pure Storage specialises in the manufacture of all-Flash storage arrays, and has been steadily establishing a presence in the UK since the start of the year.

The most recent lawsuit was filed on Monday at the US District Court in Boston, and involves former EMC partner sales manager, Chadwick Johnson, who worked at the firm from February 2006 to September 2013.

He is accused of using his last 48 hours as an EMC employee to "surreptitiously" access several company files on his laptop from two external storage devices that were not returned to the company at the time of his departure.

These files included a report containing the names, purchase histories and deal values of thousands of EMC customers, and a competitive selling guide that details how employees should go about pitting the vendor's Flash storage products against Pure Storage's competing offerings.

Several other documents, including one containing details of EMC's customer, partner and employee relationships and another showing the types of storage products EMC users bought, were also allegedly accessed by Johnson during his final two days at the firm.

"Jonson was entrusted with competitively sensitive, confidential business information developed and used by EMC...that would be valuable to an EMC competitor, such as Pure Storage," the suit states.

It then goes on to claim Johnson's actions are part of a larger campaign, involving "numerous" former EMC staff members, waged by Pure Storage to give it an "unfair" competitive edge over its rival.

"[The former staff have been] misappropriating EMC's Confidential Information and Property, unlawfully soliciting EMC's customers and raiding EMC of its valuable employees, all in an effort to increase Pure Storage's presence in the marketplace at the expense of EMC," the document continues.

"Since last year, no fewer than 30 high-performing employees have departed EMC under suspicious circumstances to join Pure Storage," it added.

As such, it seems the case against Johnson is just the tip of the iceberg, as the document confirms his one of a number of suits the firm is pursuing against former employees that have defected to Pure Storage.

"EMC has been forced to initiate litigation seeking declaratory relief and preliminary and permanent injunctive relief to enjoin its former employees from continuing to process EMC property, from using or disseminating EMC property, and from unlawfully soliciting EMC employees and customers," it states.