Steve Cassidy looks at how the storage game has changed for companies like Coraid. 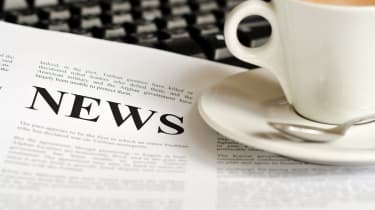 It's always nice to bump into a fellow enthusiast. Enthusiasts get drawn into the topic and say things that make you stop and think. Kevin Brown is CEO of Coraid and, like most of the people I meet in the storage business, he is first and foremost ready to enthuse about the whole field.

This is in no small way attributable to the way that storage is taking off, is difficult, and is subject to intense development and standards overhaul just to keep up with the immense volumes of data that people have suddenly found it vital to keep on collections of ever-larger disks. Coraid is a bit of study when it comes to the newly popular world of software defined storage. It's certainly claimable that it has been in the business longer than anyone else, since it pretty much laid claim to a whole platform - ATA over Ethernet - a very long time ago indeed, back when it looked like a crazy idea.

Its method of sidestepping most of the irritations of Ethernet-based storage access, with a carefully constructed stack of interface emulation (pretending to be a disk) and point to point communication (not using IP but passing down the same cable), was the right answer. But, at least in my experience, this all reached the market a couple of generations too early.

Back in those days, Coraid shipped disk farms that booted their tiny little RAID single-purpose software kernel from a ROM piggybacked on the IDE cable. Connecting to them was a matter of firing up a software initiator on your host PC. Some of the initiators were less than perfect, since Coraid was trying to get the market to adopt a standard, rather then develop a product range with hardware and software components all from one source.

However, that was some time ago, and well before Brown's occupancy of the top chair. The modern Coraid has made a name for itself with cheap, standards-based, medium-speed storage arrays for some surprising clients, such as digital media library Shutterstock, and MIT. Yes, *that* MIT.

And the business of getting ATA over Ethernet accepted as a standard has had two shots in the arm. One is almost accidental fallout, in that 10Gb Ethernet has now hit a price point (Brown kept repeating "$300 per adapter," which I must say is mostly a comment on the difference in the hardware market between the US and the UK...).

The other is much more interesting, and it is that ATAoE now appears as part of the CinderBlock plug in storage architecture initiative in the forthcoming Grizzly release of OpenStack, slated for April 2013. Never mind the codewords and buzzphrases: being included at a low-level in an open source storage architecture is a sizeable feather in Coraid's cap, and a sign of where the open source community want to go to get their cheap petabytes.