Does Qnap’s new Golden Cloud NAS have the Midas touch? 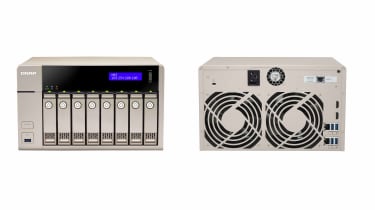 To test NAS performance we loaded four 4TB WD Red hard disks and created a RAID5 array. We hooked the appliance up to a Dell PowerEdge R730 rack server with an Emulex dual-port 10GbE adapter and running Windows Server 2012 R2.

After mapping a share to the server over 10GbE, we saw Iometer report raw read and write speeds of 1,069MB/sec and 629MB/sec. This is slightly faster than Qnap's claims but write speeds are noticeably lower than Synology's mighty 12-bay DS3615xs which mustered 1,113Gbps.

Even so, real world speeds were impressive with copies of our 50GB Iometer test file returning read and write speeds of 404MB/sec and 310MB/sec. Backup performance over 10GbE is also respectable with our 22.4GB test folder and its 10,500 small files secured to a share at an average of 182MB/sec.

The TVS-863+ supports encryption but only at the volume level whereas Synology allows you to create encrypted shares within volumes. Nevertheless, with AMD's integral AES-NI engine on the case, a 50GB file copy to an encrypted volume averaged 147MB/sec. 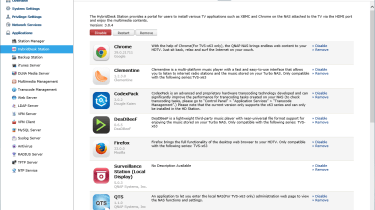