SDS appliance will remove need to compromise on cost or performance, says Atlantis 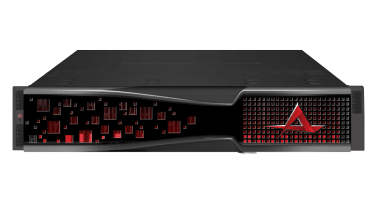 Atlantis Computing unveiled new software-defined storage (SDS) infrastructure that it claims removes the need for users to pick and choose what they use flash storage for in hyper converged infrastructure.

Dubbed Atlantis HyperScale, the all-flash units are up to twice as dense as competitor flash architecture and between 50 per cent and 90 per cent cheaper, the company said.

CEO and founder Chetan Venkatesh said the HyperScale platform removes the need to compromise on price, performance, workloads and other factors that afflict most companies wanting to run flash storage in the data centre.

The appliance helps address such issues not only with increased denisty and lower costs, but also because it will work with existing data centre server infrastructure from HP, Cisco, Lenovo or SuperMicro.

On the virtualisation side, HyperScale works with VMware vSphere ESX and Citrix XenServer, but not Microsoft HyperV.

As it's a hyper converged appliance, it's very simple to use and only takes 35 minutes to fully install, the company claimed. This, Venkatesh said, has been achieved by working with channel partners to preconfigure the appliance so that, when it arrives with the customer, it is ready to go straight away, which speeds up "time to value".