Michael Dell: What can he do for Dell?

As Michael Dell takes Dell back under private ownership, what does this now allow him to do? 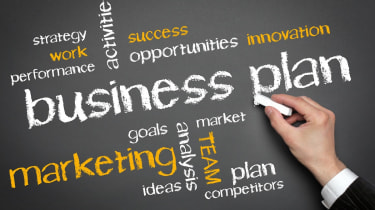 At the age of 47, and with no shortage of money in the bank, Michael Saul Dell hit the headlines earlier this month, and not for the first time. This time, it was his decision to take the company that bears his name private, in a deal worth $24 billion. It's not as if he's been away from the company though: Dell stepped down as CEO of Dell in 2004, but was lured back in 2007 when asked to take the job back on. And he's been CEO ever since.

What then is the advantage of taking Dell private? Furthermore, what can Michael Dell do for the company now he couldn't do before? How now will he be able to turn around a choppy six years a time during which Dell's market position has arguably slipped?

Dell is one of a collection of once-massive companies that used to dominate the PC landscape. It's clearly still a major player, but the market has moved on, and Dell hasn't quite kept pace with it. Apple redefined good chunks of personal and business computing, while smartphones and tablets have become indispensable business tools. Dell, meanwhile, has kept its business rooted in servers, desktop PCs and laptops. And while these are still sizeable chunks of the market, it's not where the growth is.

The mystery remains though: what can Michael Dell do now for the company that bears his name? You'd have to assume that he's got some radical retooling in mind that, if conducted in the public eye, would be an even bumpier ride than it's likely to already be.

Furthermore, the continued erosion of margins in the sector in which Dell does the bulk of its business has had an impact. Longer term, questions continue to surround the future of the Windows PC, which remains a sizeable part of Dell's business.

Michael Dell has been trying to turn the company's fortunes around since his return to the CEO job. And he's no fool: he identified quickly that the low-margin PC business that Dell was depending on was growing decreasingly secure. As such, Dell has been attempting to diversify. But, as its decreasing share price - and market share - suggests, that's easier to write down than it is to do.

The Dell product line has certainly evolved. Outside of its usual fare, it's invested in ultrabooks and tablet options, and has worked on redesigning its portfolio of products. It's keen to leverage its brand name to broaden out what it does, and has been pushing to do so. That said, it's not had much success so far, and the perception for many is it's a company playing catch-up, rather than leading from the front.

Perhaps most worrying of all for Dell, is the fact it's been slipping whilst the likes of Lenovo grow - even in the PC market where it's traditionally excelled. Microsoft's Windows 8 has shown little sign of helping, which is a problem, as it's a product that Dell has fully committed to. It'd be remiss to say that the performance of Dell and enthusiasm for Windows 8 are totally linked, but there's certainly crossover. And as Microsoft fights to keep its operating system modern and relevant, Dell too is inevitably affected.

Were this is a case of Michael Dell returning to the firm, then there might be a sense of him being a potential catalyst. Since 2007 though, that's not how things have played out. Instead, what appears to have happened is that Dell has gone into private ownership, with the same man steering the ship who's been in the post for over five years. That doesn't instantly sound like the medicine that Dell appears to need.

But what are the benefits of private ownership that would make it an appropriate choice at this stage? The obvious one is that Dell is now able to do a lot more behind closed doors, and out of the glare of commentators and pundits. No longer is it required to report on its plans, and update the markets on its performance, and of any big changes it's looking to implement.