Apple v Microsoft: the fight for the living room

The next battleground for technology firms will be the lounge, not the office. 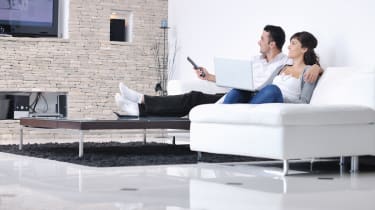 Inside the enterprise: Microsoft won the PC wars, but Apple is beating its old rival when it comes to mobiles and tablets. The next race for technology firms, though, looks set to be in the living room.

With PC sales falling, software such as Windows and Office are no longer the reliable cash cows they were. Windows 8 sales have, so far, disappointed, and Surface has not made the impact on the tablet market Microsoft would like.

Instead, gaming and entertainment although accounting for just four per cent of the company's profits could be where the potential growth lies.

A focus on the living room by the technology giants is further evidence of the decline of the PC. PCs will not disappear, but innovation will be elsewhere in mobile, and in the home  and CIOs need to allow for that in their strategies too.

This makes the company's recent launch of its Xbox One console an interesting event for technology industry watchers. Video games are a huge market: some analysts say the size of the industry is on par with Hollywood. But games themselves are another, less than reliable source of income: last year, for example, Microsoft lost money on Xbox sales, though they returned to profit this year.

But the Xbox One is not just about games; at its launch, the focus was squarely on a much broader definition of entertainment, including movie downloads and TV. Microsoft is, quite sensibly, positioning the Xbox as an entertainment hub, if not a hub for the whole home.

Households will use it to play games, but it will also be a platform for streaming other forms of entertainment over broadband. And critically, these tend to be sold on a subscription.

This, though, could pit the company against not just Sony, which also has a new PlayStation out soon, but Microsoft's old rival Apple.

There have been rumours for some time now that Apple is working on some type of smart TV project, that will go beyond the current Apple TV, which is really just a simple, low-cost set-top client for Apple's iTunes services.

One option would be for Apple to make an entire smart TV, but based around either Mac OS or more likely, iOS. Another would be to create a much more powerful living room box, closer in functionality to the Xbox One.

Apple has a long history of working with the entertainment industry, and there are already plenty of games for the iPad. And Apple CEO Tim Cook confirmed, at an industry event in California this week, that TV, and the living room, remains an area that the company is interested in. The overall TV experience, he said, "could be better".

For consumers, more competition should bring benefits: smart TVs will come down in price to protect their sales from competition from Apple, Microsoft, Sony and quite possibly, Google. And there will be more ways to watch TV or entertainment on demand, which could drive down subscription prices too.

For businesses, though, a focus on the living room by the technology giants is further evidence of the decline of the PC. PCs will not disappear, but innovation will be elsewhere in mobile, and in the home  and CIOs need to allow for that in their strategies too.