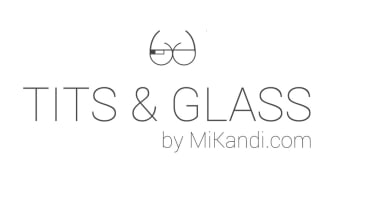 Google has changed its developer policy, banning the creation explicit apps for Google Glass after a pornography app "Tits and Glass" was launched.

The Tits and Glass app was developed by MiKandi, a startup based in Seattle. It allows the Glass user to vote, share, and send "sexy content from their Glasses directly with other users and online through the titsandglass.com web app".

MiKandi CEO Jesse Adams, claimed the firm was in compliance with Google's policies when it started developing the app.

"When we received our Glass and started developing our app 2 weeks ago, we went through the policy very carefully to make sure we were developing the app within the terms,"  he wrote on the MiKandi blog Monday.

"We were not notified of any changes and still haven't been notified by Google. Although the app is still live and people are using it, at this point we must make changes to the app in order to comply with the new policies."

Violators of the new Google Glass policies face having their app disabled or removed and even face being banned from further app development, or termination of Google Accounts.

Since January developers have paid $1,500 to get Google Glass, which will be used to answer phone calls, messages, take videos and picture, and set reminders without ever using your hands. Google Glass hasn't yet been released to the public yet and predicted to continue to go through developments into late 2013.