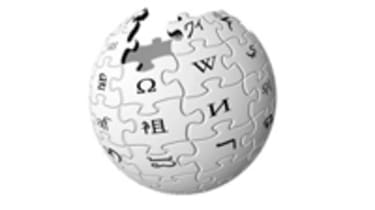 Outspoken Wikipedia co-founder Jimmy Wales has asked the site's editors to inform him if NSA whistleblower Edward Snowden ever edited articles on the user generated encyclopaedia, something which was first highlighted by the Examiner.com.

Article editors are protected from having their personal details divulged, according to Wikiipedia rules. In a statement to IT Pro, Wales denied that he wanted users to break these rules and out Snowden.

"I asked if there had been discussion of the issue. I do not seek, and have not sought, any exception of any kind, not at any point," Wales told IT Pro.

"I'm sure this has been discussed somewhere. In the media there have been reports of user accounts used on various tech discussion sites by Edward Snowden. He was apparently quite an active person online, particularly a few years back when he was younger," Wales noted.

"It seems highly likely to me that he would have edited Wikipedia - most people who fit his profile (tech savvy, internet activist types) will have done so. Do we have any evidence of that, or suspicions about that?"

Other Wikipedia editors responded to Wales' request with caution. Many appeared to be hesitant to embark on a search to see if Snowden had edited Wiki articles in the past, asking what benefit it would bring.

"Why do we care? This violates our outing policy, so please desist from attempting to connect Snowden to some Wikipedia account. Being just curious' is no reason to out somebody," responded Reaper Eternal.

Others users warned a hunt could lead to people being mistakenly identified.

"I don't think it is wise to invite something like this for discussion on such a widely tracked page. Outing can occur even if not intended," noted TheDJ.

"If we make a mistake, that person might be forced to out himself to prove he is NOT Snowden and that is not acceptable. Part of what I truly admired about Wikipedia's coverage of Dzhokhar and Tamerlan Tsarnaev [Boston bombers], was that the community actively prevented and ignored discussion about identities both IRL and digital until definitively proven."

So far no-one has been able to connect a Wikipedia account to Snowden and Wales has suggested that if users do find anything they should contact him privately "given the high emotions".