Steve Ballmer vs Bill Gates - battle of the Microsoft memos

With no clear strategy in place, can Ballmer steer Microsoft out of trouble? 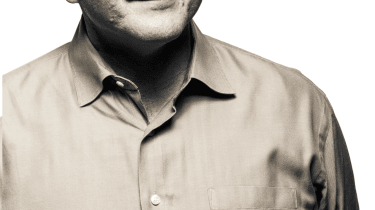 In the years to come industry watchers are likely to look back at July 2013 as a pivotal moment in the history of Microsoft.

It's been a dire month for the Redmond-based giant. Internet Explorer has been overtaken by Chrome as the most used web browser in the world for the first time ever. Aspirations in the Xbox division have become a tad unrealistic as Marques Lyons, Xbox MVP, claimed in a blog post that the $499 Xbox One will be an "entirely justifiable business expense" for SMBs.

Attempts to re-energise Microsoft are akin to filling in ever-growing cracks in a wall with a felt-tip marker.

The Redmond giant also had to swallow an embarrassing $900 million write-down on its Surface RTproduct range, and there was the small matter of a major internal restructure carried out by the software giant's CEO, Steve Ballmer.

But is a reshuffle of executives in the corridors of power really what Microsoft needed? Or does it simply mask the fact the firm doesn't have a strategy in place?

The man without a plan

Steve Ballmer outlined sweeping changes at Redmond, in what will infamously become known as the "One Microsoft" memo. In the 2,700 word missive, Ballmer said much, but explained little.

A number of promotions were dished out by the boss to already prominent execs including Julie Larson-Green, Terry Myerson and Qi Lu, any one of which could one day take his place. But, Ballmer failed to outline a clear strategy for Microsoft going forward.

The CEO's attempts to re-energise the software giant are akin to filling in ever-growing cracks in a wall with a felt-tip marker. Ballmer wants Microsoft to make the world a better place for billions of consumers and millions of business users. Admirable. But he failed to disclose exactly how the firm will go about acheiving this.

"Going forward, our strategy will focus on creating a family of devices and services for individuals and businesses that empower people around the globe at home, at work and on the go, for the activities they value most," Ballmer emphasised in bold, in case you missed it.

Without setting specific objectives, it's almost almost impossible to successfully achieve goals no matter how good the intentions might be. Ballmer might feel this information should not be in the public domain, but Microsoft has long been touting ambitous goals publicly only to smash them.

Who can forget Bill Gates proclaiming that its was Microsoft that would put a "computer on every desk and in every home". So in a world where mobile and cloud computing dominate, surely Ballmer could have taken the opportunity to give employees a focus. Instead he mentioned the words mobile and cloud a handful of times as if they were inconsequential.

WWBGD What would Bill Gates do?

Back in 1995, when Bill Gates was still the Microsoft CEO, he sent top-level employees at Microsoft what may have turned out to be the most important memo of his career. Entitled "The Internet Tidal Wave", and despite being an intimidating 5000-words in length, it was divided it into three clear sections. It outlined the problems facing Microsoft, what the competition was doing and the steps Redmond should take going forward.

"Perhaps you have already seen memos from me or others here about the importance of the internet. I have gone through several stages of increasing my views of its importance," Gates surmised.

"Now I assign the internet the highest level of importance. In this memo I want to make clear that our focus on the internet is crucial to every part of our business."

The memo was delivered at a time when Netscape had 70-plus per cent share of the internet browsing market. With Gates' emphasis on putting the internet at the centre of everything the firm did, the tech juggernaut was able to move quickly and turn things on its head.

Microsoft went on to become the poster child for the internet during the late 1990s and throughout the early noughties. Millions of people had their first internet experience with one of Microsoft's products, including the much-loved and now defunct Hotmail and Windows Live Messenger.

Under Gates Microsoft also used the Windows OS to its advantage, packing in Internet Explorer as the default browser - something later deemed anti-competitive. Netscape couldn't compete, was acquired by AOL in 1999 and has all but disappeared.

These days Gates spends his time running his foundation, which does an admirable job of trying to eliminate diseases and poverty in the developing world.

However, as Microsoft chairman, Gates pops up from time-to-time. In his most recent interview with the CNBC, Gates took a jab at Apple claiming that iPad users are "frustrated" with the limited functionality of the iOS tablet while plugging the benefits of Windows 8.

Although his remarks were widely dismissed as out-of-touch, they are likely to have been an attempt to toe the Microsoft line. After all, Gates is hardly going to tell the world to go out and buy an Apple product is he?

It would have been interesting to see the approach the co-founder would have taken had he still been in charge of Microsoft around the time the iPhone and iPad started gaining traction in the market. Based on his past analysis of the market, it wouldn't be too much of a stretch to say that work on the Windows Phone platform would have been given priority and we may have never seen the mess that Windows RT turned out to be.

Despite the rejig, it appears there will be no substantial changes at Microsoft as long as Ballmer remains in charge. A fact the CEO pretty much confirmed in one of the last lines in the memo.

"Lots of change. But in all of this, many key things remains the same," he concluded.

Perhaps the only way the tech giant can move forward is to initiate change at the top. Microsoft could learn a lesson from what is going on at one of its most prominent partners, Intel. Although it's been just a couple of months since the changing of the guard, the signs suggest the chipmaker is taking drastic steps to change.

In his first sit-down interview, newly appointed Intel CEO Brian Krzanich immediately moved to emphasise how important the mobile market will be to Intel under his stewardship.

"We see that Atom is now at the same importance, it's launching on the same leading edge technology, sometimes even coming before Core (Intel's line of PC chips)," Krzanich said.

That's a massive statement coming from a blue-chip organisation that has virtually printed money thanks to the two decades of strong PC and laptop sales. But all good things must come to an end, right?

Intel recognises this, but does Microsoft? Redmond is too big to simply disappear overnight because of one bad month, quarter or year. But it is at a crossroads. The only question is who will step up to save it?