Do we really need an office any more?

Does working from home - or anywhere other than the office - make business sense? 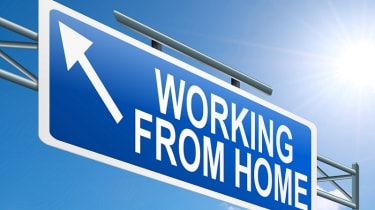 Yahoo's move to ban working from home seems to be, at least on the face of it, a very strange decision. Experts have spent the last couple of years rejoicing about the capabilities of mobile computing to increase flexibility. For a company at the cutting edge of the digital economy to take a step back towards the desk seems a strange move.

It also seems to be against the wider trend. Flexible working is offered by 94 per cent of organisations, while half of managers say it is the normal practice where they work, according to the Institute of Leadership Management (ILM). So, is flexibility really the future of work?

Attention given to the topic has risen recently in-line with the increased capability of collaborative technology. Yet Martyn Hart, chairman of the National Outsourcing Association, says working flexibly is not necessarily as new an idea as some people would believe. He says his senior peers investigated the potential for underused facilities associated with British Rail Telecommunications to be used as regional networking hubs some 30 years ago.

"Our idea was that we would build communities, where old buildings could be turned into new communication hubs," he says. "It was about allowing people to work more flexibly but not from home, which can leave people feeling isolated. Then their work volume can drop off. Face-to-face social interaction is still crucial for humans."

It is not just new entrants to the workplace who are conscious of the need for social support, either. Employees in certain sectors, particularly the public arena are also more reticent. Paul Colbran, CIO at Brighton and Hove City Council, says implementing a flexible working policy is not just about giving workers access to devices and apps.

"Technology alone will not change worker behaviour," he says. "I'm not seeing much evidence that people are willing to be more flexible and to be based at home. Right now, many public sector workers need to be dragged kicking and screaming towards flexible working. It will take time."

Evidence certainly suggests that flexible working is better suited to some sectors and positions than others. MIT and IBM found software engineers who worked remotely were more likely to develop programs with fewer dependencies on software code created by colleagues, which in turn extended the development cycle by 32 per cent.