Is Yahoo!'s big Tumblr gamble a bold move of genius, a security policy for the future, or an expensive folly? Simon Brew takes a look... 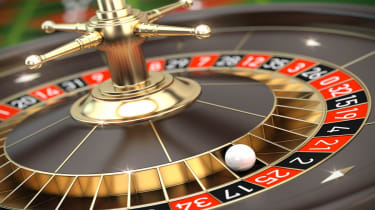 Since Microsoft's high-profile, near $50 billion deal to take over Yahoo! hit the buffers back in 2008, both companies have been in spending mood as they sought to redefine themselves somewhat. Microsoft has snapped up the likes of Skype, for instance, which barely left change from $10 billion. Yahoo!, meanwhile, appears to have gone through more than one reinvention as it looked to see where it fits in the modern world, spending a fair mount on departing management's farewell packages as well as acquiring services.

After all, to many, Yahoo! is still a name more associated with the past and present, rather than the future. Originally known for its web portal and search engine, its inability to maintain its foothold in the latter market was notable, as Google came along and swiftly changed things around. But it'd be remiss to say Yahoo! didn't have sizeable merits. Its portal does have a significant foothold, and through services such as Flickr, Yahoo! Mail and Delicious, the company has stayed busy, while some of its traditional competition has fallen away. Who else remembers Lycos and Excite?

Tumblr, though, isn't an immediately obvious acquisition for the firm, but it may yet prove to be an inspired one. Mayer has already vowed 'not to screw it up.'

In the years since the Microsoft deal fell apart, Yahoo! stock value has fallen, and it's been through several management changes. It needed something dramatic, a statement of intent, to assure investors and those around it that it still had ideas and purpose in the tank. And then the Tumblr deal came along.

Tumblr is arguably the last big social networking platform - perhaps with the exception of the still-in-its-relative-infancy Pinterest - that was still up for grabs. Twitter isn't for sale anytime soon, and Microsoft's investment in Facebook is as close to a takeover as we can expect there. Blogging platform Tumblr, though, has been bought up fully by Yahoo! for $1.1 billion. It's a lot of money for something that's not made very much, so what exactly is Yahoo! up to?

The Tumblr deal has been shepherded by Marissa Mayer, who took over as CEO at Yahoo! (following many years with Google) in 2012. Her short tenure thus far has been a controversial one. She's closed down several Yahoo! services for a start, and the firm has shed many jobs in the last year. But this is the deal with which she's making her mark. It's a big, bold gamble at a time when many companies are keeping their hands in their pockets.