Company says it can still gain revenue from both hardware and content. 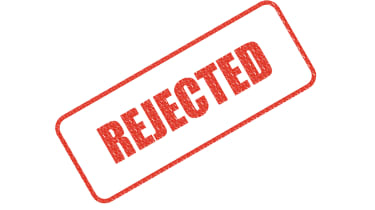 Japanese company Sony on Tuesday rejected a proposal from activist shareholder Daniel Loeb to partially spin off its entertainment business but the billionaire investor vowed to keep talking with the company and to explore other options.

Sony said it could still squeeze synergies from its decades-old marriage of content and hardware and promised more disclosure in its entertainment operations.

Loeb's Third Point hedge fund has waged a three-month campaign to convince the company to sell as much as one-fifth of its money-making entertainment arm - movies, TV and music - to free up cash to revive the electronics business.

Third Point looks forward to an ongoing dialogue with management

"Sony's board of directors has unanimously concluded that continuing to own 100 per cent of our entertainment business is the best path forward and is integral to Sony's strategy," Sony's CEO Kazuo Hirai said in a letter to Loeb, which was released by the company.

Loeb had cast his proposal for a public offering of part of Sony's entertainment business as consistent with Prime Minister Shinzo Abe's drive to boost economic growth through structural reform in Japan.

But a source familiar with the discussions said Sony's decision reflected worries about listing a subsidiary, not resistance to corporate reform in Japan.

The company did not need the cash from a subsidiary IPO, which would have created possible conflicts and cumbersome requirements from such a listing, he added.

"I can't believe this is a statement on Japanese companies not being willing to be flexible," said the source.

Loeb, who owns around 7 per cent of Sony through shares and cash-settled swaps, said he was disappointed with the decision, even while acknowledging that Sony was showing a greater commitment to transparency.

He also made it clear the saga was not over.

"Third Point looks forward to an ongoing dialogue with management and intends to explore further options to create value for Sony shareholders," Third Point said in a statement.

Sources familiar with the situation were skeptical, however, about the prospects for a proxy fight taken directly to shareholders, given the history of failures of such efforts in Japan.

Sony's shares fell 4.6 per cent on Tuesday but are still more than double their value at the start of the year, boosted by Loeb's calls for reform at the company and by the prime minister's reflationary "Abenomics" policies.

The company's promise of improved transparency in its entertainment business includes quarterly updates on revenue in its music and pictures segments, as well as other metrics.

Sony's board had been expected to reject Loeb's proposals, the Nikkei newspaper said last week, with directors arguing Sony could compete better by maintaining ties with the entertainment arm of the business.

Sony said the board had since met again and rejected the proposal in a unanimous vote, arguing that its decades-old vision of wringing synergies from integrating its content and electronics divisions was intact and gaining importance. Many analysts and investors over the years have questioned the potential of that strategy.

The company has long been a pillar of Japan Inc and a pioneer in the electronics industry. But it has lost market share - and its innovative edge - to aggressive foreign rivals such as South Korea's Samsung Electronics and Apple as they churn out blockbuster products.

Loeb is credited with forcing change at Yahoo Inc, where he waged an aggressive campaign to upend its previous management in 2011 and 2012, accusing then-CEO Scott Thompson of padding his resume with a non-existent computer science degree. Thompson was out within weeks.

Actor-producer George Clooney criticized Loeb in an interview published on Friday by film trade publication Deadline Hollywood, calling him a "hedge fund guy who describes himself as an activist but who knows nothing about our business".

Clooney accused Loeb of being "a carpetbagger, and one who is trying to spread a climate of fear that pushes studios to want to make only tent poles," referring to high-profile, big budget films.

Third Point has said it had no comment on Clooney's remarks.