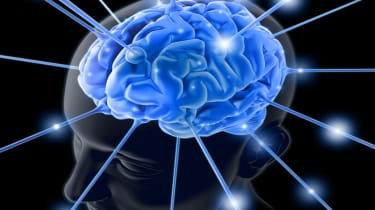 IBM has updated its plans to create a computer system that mimics the human brain.

The Systems of Neuromorphic Adaptive Plastic Scalable Electronics (SyNAPSE) project, will try to carry out tasks that the brain finds easy but are difficult for computers.

The project involves IBM researchers working alongside Cornell University and Inilabs. The latest stage will involve devising a programming language with $53 million in funding from the Defense Advanced Research Projects Agency (DARPA).

We need augmentation, a symbiotic relationship with our machines - a partnership if you will - to help us cope and prosper as we go into the future.

He added: "We are working to create a Fortran for synaptic computing chips. While complementing today's computers, this will bring forth a fundamentally new technological capability in terms of programming and applying emerging learning systems."

Work on the project will focus on refining the programming language for the SyNAPSE chip architecture first revealed by IBM in 2011. IBM has devised support technologies within the programming cycle to enable the new model.

There is also a program library, which stores more than 150 corelets. IBM has created a curriculum, dubbed a "laboratory" that will encompass information on applications, architecture, chip simulation, programming language and prototype design models.

The long-term goal of the project is to build a system with 10 billion neurons and one hundred trillion synapses, while consuming merely one kilowatt of power and occupying less than two litres of volume.

Analysts said that such projects have outclassed humans in all forms of games - such as IBM's project Watson -  and are now moving up the scale of medicine to displace doctors in fundamental diagnosis, treatment choice and aftercare.

Such systems still lack instinct, intuition, emotion, compassion, cognition and the very qualities that we associate with biological entities but would be necessary for humanity to continue and develop, according to Peter Cochrane, ex-CTO of BT and currently a futurologist and analyst at Cochrane Associates.

"We are trying to deal with an increasingly complex and chaotic world with biological brains that are fundamentally unsuited to the task. We can only deal with three to five variable/topics/tasks at a time yet we live in a world where we are often faced with hundreds at the same time," he said.

"We therefore need augmentation, a symbiotic relationship with our machines - a partnership if you will - to help us cope and prosper as we go into the future."

He added that humanity would be unlikely to survive without such a relationship. 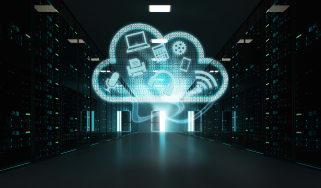